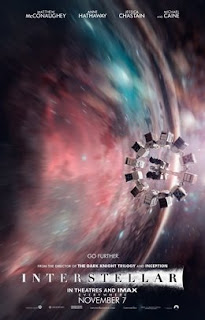 Having worked yesterday I had today off. I had a little lie-in (until 7.30am) then heaved my carcass out of my pit. In days gone past I would have organised a little geo-walk for a day off, but my heart wasn’t in it. I’ve tried taking both dogs on a geo-walk on my own before. It doesn’t work.
So with a day of home-alone I had nothing to do, and was feeling rather bored. I sent "Daddy’s Little Angel TM" a message to see if she fancied a dog walk, but she was whinging about having torn a ligament in her knee. Perhaps I’ve torn a ligament in my elbow?

I got the leads onto the dogs, and we went for our morning constitutional. As we walked the puppy tried to jump into my arms pretty much every time we saw another dog. For all that she terrorises small children, she’s not comfortable with other dogs. She also would insist on eating poo as we went.

We came home; before going to work "er indoors TM" had emptied the washing machine and put on another load. I hung out the washing, settled the dogs and popped into town.
I went to the bank for some Euros. The transaction would have gone a lot easier had the two women in the queue squawked more quietly. They weren’t speaking, or talking. They were squawking; much like my parrot used to.
From the bank I went to Burton’s to get some shirts. Burton’s had long since closed down. No one told me… In fact much of the town has closed down. There seems to be a growth industry in charity shops, and pound-shops are springing up. However there were a lot of empty shops where once were high street names.
But the CEX shop was still there; I got myself a couple of DVDs.

With shopping done I came home and thought I’d hang out more washing. The washing machine wasn’t quite done so I set up the pressure-washer and got ready to scrub more shingle. I then went back into the house to get the washing to hang… The washing machine hadn’t spun properly. So I repeated the spin cycle to no avail.
I sighed; I’d been there before. I got several towels and opened the washing machine’s crap-trap (flooding the kitchen in the process). "er indoors TM" has taken to using paper “colour catchers” in the wash; sure enough the crap-trap was blocked solid with gungy paper colour catcher remains.

With the washing machine reassembled I then alternated between washing laundry and scrubbing shingle for a couple of hours. I got down to an empty laundry basket and only having one dustbin of shingle left to scrub and decided to stop at that point. (Stop scrubbing shingle that is). I hosed down a rather filthy patio, devoured a cold cross bun for lunch, and set about the ironing.
As I ironed I watched one of the DVDs I’d bought in CEX this morning. “Interstellar” was…. How can I describe it? The film 2001 drags on interminably, but gets away with it because it is a classic. Interstellar tried to be 2001 but just dragged on interminably. It started with the premise that the planet Earth was becoming uninhabitable because all the farmers were setting fire to their crops (for no apparent reason), and then a retired astronaut-cum-farmer stumbled across a top-secret government spaceship building project. And then it just got progressively more nonsensical.
If I hadn’t been doing the ironing at the same time I would have turned it off.

Eventually I had the ironing done (and undercrackers sorted), and went out into the garden again. I looked at the last dustbin of shingle, but a twinge in my elbow made me think twice about doing anything more. I had a cuppa, and it wasn’t long before "er indoors TM" was home and boiling up a rather good bit of scoff prior to shoving off out again to go bowling.
I rather fancied a pint or two this evening… bit late now….

I’ve been very busy today on what was supposed to be a day off.