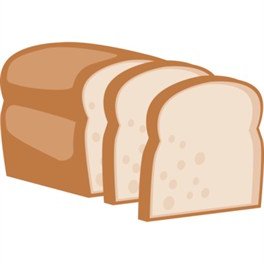 In a novel break with tradition I slept without being snored, bitten or fidgeted awake. I slept for over six hours; I liked that.
Mind you I did get up to find I’d forgotten to set the dishwasher loose last night. Woops.
Over brekkie I watched a documentary about the early life of Queen Elizabeth I. There is a *lot* I don’t know about history; at school the history teacher’s technique was to have us copy out an entire text book over the course of a year. He never bothered to check if we’d actually done any copying, and consequently I (and everyone else in my class) learned nothing and dropped the subject at the earliest opportunity.

I then got the lap-top going and had a look-see in cyberspace. Facebook had several people expressing consternation and disgust at the terrorist attack at a pop concert in Manchester yesterday. I got a little annoyed at people marking themselves as “safe” when they hadn’t been within two hundred miles of Manchester, but what amazed me was how people were now publicly praying for the injured. How is it that their god is able to help the injured (if it feels it capriciously might wish to do so) but it let the atrocity happen in the first place.
I then had a look at my emails. There wasn’t many of note but I did see that planning permission had been turned down for a proposed nearby garage conversion. The power of the South Ashford Community Forum in action maybe? If so maybe we might turn their wrath on these frankly useless street lights in Christchurch Road.

As I drove to work the talk on the radio was all about the atrocity in Manchester. Local people have been helping out; providing accommodation for the injured, and refreshment for the armed services. The pundits presenting the show expressed amazement at this; one of the people being interviewed had to explain that this was just what decent people do. It is a sad indictment of our society that a *lot* of people don’t realise that.

I got to work, had a rather good day, and came home again. We walked the dogs round the block, then after a rather tasty bit of dinner we went round to Arden Drive for banter, an episode of “Gotham” and some home-baked bread.
That bread was rather tasty; I got to bring home what was left. It made for a rather good supper…