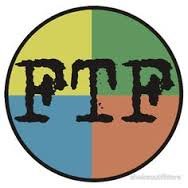 Last night’s night shift was rather good actually. When I was at Canterbury I did find the nights sometimes dragged with sometimes hours between blood samples. I was working constantly last night and so the time didn’t weigh heavily on me.
With less than an hour to go my phone beeped with the notification of a new puzzle geocache which was (sort of) on the way home. I took a little break to solve the puzzle, and when the day shift arrived I set off on a little geo-mission. It wasn’t long before I was doing the happy dance in a hedge, First to Find. Result.

I got home and took myself off to bed for a couple of hours. I had intended to get up at mid-day; I didn’t actually emerge from my pit until 2.30pm. But I got up to find that "er indoors TM" had been baking. Cake is always good; I scoffed some with a cup of coffee and had a little look into cyberspace. I had a wry smile at a couple of people who were complaining about all the political posts on social media. Personally I’d like to see more posts along the lines of “I’m voting for X because…”. However I’m not seeing that at all. I’m seeing a few posts along the lines of “don’t vote for Jeremy Corbyn because he’s a twit” and a *lot* of “vote for Jeremy Corbyn because he’s not as bad as they say he is”. This upcoming election will be won or lost (probably lost) on the public perception of Jeremy Corbyn.
I rationed myself to only ten minutes of this, then got dressed and had a look at the front garden.

Our front garden is “low maintenance”, but that isn’t the same as “zero maintenance”. Over time the weeds grow in the cracks between the paving slabs. I got down on hands and kness and pulled them all out, then took a pair of secateurs to the roses coming over the fence from “not-so-nice-next-door”. By the time I finally swept up I’d spent nearly an hour out there.
I then got my new fishing line onto my reel; "My Boy TM" has been nagging me about the old line. He originally put it on the reel (when it was his) about ten or more years ago. When I was a lad I used to replace the line on a yearly basis.
We then took the dogs round the park for a walk. The puppy has a new collar, and we put it to good use. As we walked we met all sorts of other dogs (unlike yesterday) and pretty much every time we met a dog, the puppy jumped into my arms. She seems terrified of other dogs. We encouraged her with the other pups; after a few minutes she would play with them, but the first encounter is always one of terror for her.

We had a rather good bit of tea, then "er indoors TM" went off to Saturday film night. I watched the last episode of “BattleStar Galactica”; it ended rather lamely. I’m now at a loss for something to watch; “Galactica” kept me entertained for two months; what’s next?