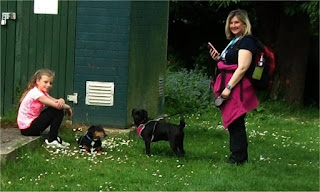 Over brekkie I had a quick look into the Internet. There had been a rather serious cyber attack on the NHS (amongst all sorts of other targets) last Friday. This morning all sorts of (self-declared) I.T. experts were making all sorts of allegations of what they saw to be the incompetence of those (at all levels) providing the I.T. facilities of the NHS; my Facebook feed was alive with it. As usual, those who run down the NHS don’t have a clue what they are talking about.
What these so-called experts seem to forget is money. The UK’s NHS doesn’t have anywhere near the financial resources that most other comparable countries do. Consequently nor does the NHS have the ability to buy state of the art I.T. and trade it in on a regular basis. What limited resources the NHS does have needs to be spent on patient care.
I got rather cross with these people who were banging on about how their companies spend an absolute fortune on their I.T. From what I could work out, those who were taking advantage of yet another opportunity to run down the NHS (on average) have an annual wage which is between fifteen and twenty thousand pounds more than the average NHS worker. If they are *so* concerned about the NHS perhaps they might like to take a fifty per cent cut in wages and come and work in a hospital?
Perhaps in the meantime these so-called I.T. experts might track down the scum who would deliberately harm a hospital and then the UK authorities might execute them (the scum that is, not the so-called I.T. experts). Seriously. Execute them. Perhaps if the punishment were as serious as the crime, people might think twice before committing such a crime. After all, what kind of person would attack a hospital?

We got the dogs leaded up, and we set off to Leybourne Lakes where we met Karl, Tracey and Charlotte, and together we went for a walk around the lakes, and then on a circuit around Snodland following two separate series of geocaches.
The dogs had a good walk; the lakes were beautiful. We saw rabbits and squirrels. The dogs got to bark at the scuba divers swimming in the crystal clear-lakes. We had a rather good ice cream from a van as we walked; for all that I like a Mr Whippy a lemon sorbet in a cone is never to be turned down.
I took a few photos as we wandered. It was quite scenic in places but…

Geocache-wise, today was a walk of two halves. The first half was a guided walk around the lakes. One hide led to the next as you would expect; but some of the hides weren’t as straightforward as you might expect. We did have a minor issue in that in order to locate the bonus cache you needed to find cache #7 first. We found cache #7 but couldn’t get to it as a fisherman had set up right on top of where we needed to stand to reach the cache. But “really skilful geocaching” (TM") allowed us to find the bonus.
The second half was billed as the Snodland Boundary Loop. We followed the caches in numerical order (as best we could) under the assumption that they formed a guided tour around the outskirts of Snodland.
They did not.
We started badly with two “did not find” out of the first three. However we soon realised that the given GPS co-ordinates for the hides were up to ten yards out. (Realistically two yards is about what you might expect). So we found ourselves relying on the hints that were given. But some of them left much to be desired. I think it is fair to say that we all started to lose interest in the series when we read logs explaining that cache #7 of this series was only accessible by clambering over a locked gate. We weren’t at all impressed with the total lack of directions through an estate so new it didn’t appear on any maps (consequently having us miss caches #8 and #9). And having to sprint across the very busy A228 (twice) was just dangerous.
I’m sorry… someone’s obviously taken a lot of time and effort to put out these geocaches. I *don’t* want to be discouraging but I cannot recommend this series to anyone.
Firstly the given GPS co-ordinates for most of the twenty-odd caches are out by up to ten yards.
Secondly, giving the caches numbers implies the numbers for a logical sequence in which to proceed. If it is not supposed to be done as a walk (which in retrospect this one clearly is not) then the descriptions should say so.
Thirdly geocaching is a family-friendly activity. Having to sprint across the A228 is not a family friendly activity. When one goes on a geo-stroll there is an unwritten understanding that (unless it danger is explicitly stated) that the walk will be safe for children and small dogs.

However just as we came to the end of our ten-mile mission we found ourselves at the Freemason’s Arms where a pint of London Pride was swiftly followed by a pint of Doom Bar. So that cheered us up somewhat.

Once home I loaded my fishing gear into the car whilst "er indoors TM" boiled up a rather good bit of dinner. She then set off to bowling leaving me with two very tired dogs. I had a look at the geo-map to see if I could find a walk for next weekend. Possibly somewhere in the general vicinity of Hever Castle…
I then put on the telly and slobbed for a bit whilst the dogs snored…