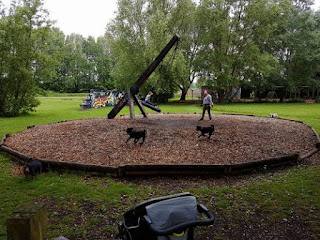 The puppy had a restless night and consequently so did I. Over brekkie I sparked up the lap-top and wound myself up over social media. I lead an active life, and often have people saying that they would like to have joined in with whatever I had been doing over the last few days. “If only you’d said you were doing this, that or the other..” However these same people often post up photos of what they have been doing and never think to ask if I would have liked to have joined in with what they had been doing earlier this week….
Facebook itself annoyed me too. A rather thick young lady with whom I once worked was advocating a pro-fox-hunting Facebook site. Facebook had received nearly two hundred thousand complaints about the site, and the people running it seemed to be proud of the fact. I reported the site to Facebook and this morning I was told by  Facebook that it didn’t “breach the community standards”. Over the years I’ve reported Facebook pages with concerns about cruelty to animals, child abuse, cyber-bullying… nothing breaches their community standards. I wonder what their community standards are? Presumably the right to make money?

I got the leads onto the dogs and we went out to meet up with "Daddy’s Little Angel TM" and "Stormageddon - Bringer of Destruction TM". We took the dogs round the park. Mayhem ensued in the playpark, and Fudge did his usual trick. He straggled far behind (making me think he should have stayed at home) until we got within striking distance of the river. He then flew to the river like a bullet from a gun. Clearly there was nothing wrong with him. Mind you he was a bit surprised when he got there. Yesterday’s rain had made the water level come up a foot or two. He stared at the higher water in frank disbelief. But that didn’t’ stop him wanting us to throw stones into the water for him to chase. He got caught in the strong current a couple of times, but managed to recover.
In the meantime "Stormageddon - Bringer of Destruction TM" sang his new song “The Wheels On The Bus Go Up and Down”. In a spirit of helpfulness I created a second verse “The Wheels On The Bus Go Side to Side”.
As we walked we met our Irish friend we saw yesterday. He was with OrangeHead’s posse. He smiled, but OrangeHead blanked us, as she always does when with her little gang of chums. There was also a gang of rather portly young mothers doing al-fresco keep-fit by the fountain. They seemed happy, which I suppose was a result for them.

I came home, loaded the dishwasher and set off to work. I took a scenic route; yesterday I wasn’t at all impressed with the staff in Angling Direct. A little look on Google Maps showed that Maidstone Angling Centre was only a fifteen minute drive from work so I thought I’d have a look before the late shift. The place took some finding, but the staff there were friendly and helpful, the shop had two resident shop dogs, and there wasn’t any bores monopolising the staff’s time. I bought some bits and bobs; I shall certainly be going back.

I got to work, and not having had McDonalds I didn’t spend the day feeling thirsty. I shall just go for a McFlurry next time…