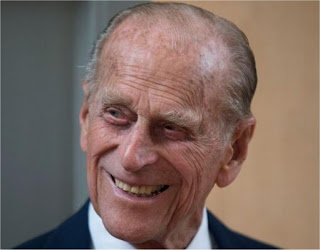 The puppy had a good night; a quiet and restful night. Consequently so did I. Over brekkie I watched more “BattleStar Galactica” then got the lap-top going for my morning smurf of the Internet. Three people were having birthdays. Little Lucy Jones was twenty-one today. I think she was at primary school the last time I looked – where do the years go?

I set off to work. Last night I had to park streets away as there were no spaces nearby. There was a huge space outside the house this morning. I left home a few minutes early to walk to the car; as I drove to work the pundits on the radio were discussing yesterday’s election results. Nationally the Conservatives have made sweeping gains from UKIP (who now seed to be totally discredited) and Labour (who need to shake off Jeremy Corbyn). It doesn’t bode well for the upcoming General Election; having strong government is one thing; having weak opposition is very much another.
Locally we seem to have followed the national trend, but (to be honest) our result was seriously hindered by the incompetence of the local Labour candidate. He was the only candidate to put any leaflet though my letterbox, and the leaflet he posted looked as though it had been done by a small child who was in a rush. I expect his leafletting lost him votes.

There was also talk of the Duke of Edinburgh’s decision to retire from public life.  I can’t say I blame him. He’s been averaging three engagements every week all over the country and he’s about thirty years older than most people when they retire. I certainly don’t intend to stay at work as long as he has.

I got to work, and as the day went on I met an old colleague who had come for an interview. Had he too got fed up with the “less than delightful” regime which I felt forced me out?
I did my bit, and came home again. "er indoors TM" boiled up some scan then went off to a girlie handbag party. I rather fancied having a poker night tonight; perhaps I should have organised one. I’ve tried a couple of times recently but no one’s been interested. Or (to be more accurate) no one’s replied, so I’ve taken the non-replies to be unavailability only to find people had been up for it all along.
Maybe cards next week?