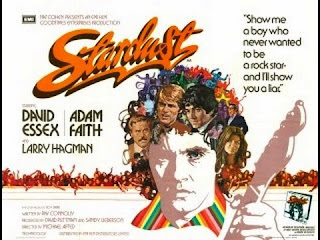 "er indoors TM"’s gentle snoring woke me shortly after 1am, so I gave her a gentle nudge to stop her snoring. She started again after a few minutes, so I gave her a slightly more forceful nudge. This carried on until about 3am when a rather vigorous clout finally did the trick.
I got up at 5.30am feeling like death warmed up, and over brekkie watched an old episode of “Dad’s Army”. While I like the show, it is rather embarrassing watching the cast stumbling over their lines. The shows must have been made on a rather tight timescale; had I been the director I would have re-shot half a dozen scenes in today’s episode where the actors all clearly forgot the names of all the character in the show (including their own).

I then had a look on Facebook; a friend had been admitted to hospital overnight. All he could post about was how he wanted to get out of the place. I resisted the temptation to suggest that he just walked out; no one was keeping him captive there. Why is it that most people seem to be forever claiming to have all sorts of maladies and illnesses, but never seem to want the treatment that they require?
With no emails of note I set off to work rather early in the hope that there was a meeting of the Monday Morning Morphology Mob (it’s a blood thing).

As I drove to work I listened to the radio. The pundits on the radio were rather depressing. The talk was of Palestine and Ireland; one has nothing but conflict, the other looks set to have conflict again. Across the world people are only happy when arguing.
However for all the gloom and doom it was a beautiful morning.

I got to work; there *was* a meeting of the Monday Morning Morphology Mob. I was a few minutes late, but the meeting was a good one. And the rest of the day carried on being rather good too. Mind you I did get a good scam today – a text message claiming to be from the bank asking me to phone them urgently on their anti-fraud line. I phoned their anti-fraud line and found an automated system almost identical to the usual phone banking. But I paused when it asked for my account details. I hung up, and phoned the number I usually phone when talking to the bank. Sure enough it was all a scam. The bank hadn’t sent me any text messages. It was all a very elaborate scam.

I came home and we walked the dogs round the block. Fudge straggled somewhat, and we met a lovely Nepalese father and daughter pair. The little girl wanted to stroke the dogs; she was fine with Fudge, but seemed rather terrified of Treacle, But despite her terror she was determined to have a stroke. Bless her.

"er indoors TM" boiled up a rather good bit of scran, then she shoved off to bowling. Being “home alone” I thought I’d have a little film night. The TCM channel (“Totally Crap Movies”) had shown the 1974 classic “Stardust” last night. It was one of those films I’d been meaning to watch for years…. It wasn’t all that good.