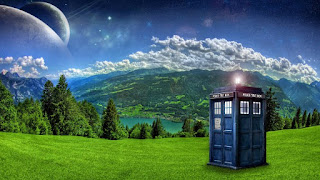 Over brekkie I watched the second episode of the documentary series about Queen Elizabeth I. It was rather interesting, as is much of history. Why was it that the teachers at what was once regarded as one of the best schools in the South East had this ability to take the most interesting things and make them so boring? History, literature, physics… so many subjects were killed stone dead for me back then.

I was rather ashamed to read Facebook this morning. After yesterday’s news coverage of the atrocities in Manchester, social media abounded with a general hatred of all things foreign. Do these people not realise that the bombing was carried out by someone who was born in England?
Dark skinned friends of mine were frightened to walk the streets when Portugal’s football team once beat the English football team. It strikes me that unless the authorities start actually achieving something and bringing the terrorists to justice, the small-minded are going to start taking matters into their own hands. And from reading Facebook this morning it is patently clear that there are enough people willing to string up anyone guilty of looking just the teensiest bit different to themselves.
As a child I had hoped for a world which was so much better…

As I drove to work the news was all about the Manchester bombing. There was an interesting little episode just I was coming off the motorway. As I came up the slip road there was a frantic beeping of a hooter, and a BMW (registration GK06 CWJ) arrogantly tried to drive everyone else off of the road as it came up the middle. I gave him the V-sign, and then slagged him off on rate-driver.co.uk.
Have you ever looked up your own car on that website? I did – it lists all the MOT results including reasons for failure and any advisories. I wonder where they get that information. I wonder if it breaches any confidentiality?

I did my work, and came home again. The roads home were really busy for no reason I could fathom. Once home we ran the dogs round the park; "er indoors TM" had already started and I caught up with them at the co-op field. Fudge had no problem in running to see me as I arrived.
We walked the park, and then had a rather good bit of scoff washed down with a very good (three Euros) bottle of red wine. We watched last Saturday’s episode of “Doctor Who” which for once hadn’t been ruined for us by endless spoilers on Facebook. And then we watched the first episode of the2012 series of Bake-Off.