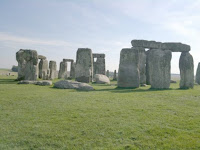 Seeing how today was the last Wednesday of the month, this evening we set off to the arky-ologee club. Tonight was the AGM. I read the minutes of last year's AGM in amazement; at last year's AGM it was me who had proposed doubling the annual subs. In this new world order of austerity I can't help but wish I'd kept my trap shut last year.
This year's AGM was rather entertaining. There is talk of amalgamating with Harrietsham Historical Society. But only talk because (at the moment) Harrietsham Historical Society doesn't actually exist. It's still at the theoretical stage, and if it ever gets off the ground it would probably be very much the same as the arky-ologee club. I can't see why the historically-minded denizens of Harrietsham can't just join the arky-ologee club and be done with it. Starting their own club just to then amalgamate with another club seems like a lot of fiddling about to me. but what do I know?

There was also talk of getting involved with a local village's open day for the Queen's diamond jubilee celebrations. Apparently in celebration the club is going to invite the general public to do a resistivity map of a nearby field to try to find an oast house. Personally I can think of easier ways to find oast houses. Just having a look is one that immediately springs to mind.
Mind you the whole idea may well be doomed to failure as Margot would seem to have reservations about the whole sorry issue of insurance. There may well be those of my loyal readers who are wondering who Margot is. I too am wondering as well. It was never made clear who Margot was, and I couldn't bring myself to ask.

Having elected someone else to the position of club chairman (even though he wasn't there) we then had the evening's talk. And in an amazing break with tradition the talk was really good. Astro-archeology. The talk was about how Stonehenge and Avebury lined up with celestial bodies as they were in the skies several thousand years ago. And then the speaker moved on to other sites, including several local ones. It was a really good talk; I didn't know that Stonehenge had been upgraded over the millennia to account for stellar drift.
At the end of the talk we had the opportunity to ask questions. I asked if the speaker would come to the astro club in a few months' time.
She agreed....