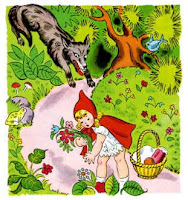 A late start meant I didn't have to emerge from my pit too early, and not having set an alarm, I dozed until 8.30am. Quite the lie-in. Mind you, I felt rough this morning. I think I had a hangover. A hangover after only two pints last night. What's that all about?

Whilst checking my emails over brekkie I glanced down the garden and saw a few of the Koi on the surface of the pond. Something didn't look right, so I went down to the pond and found six floating dead. That's now a dozen that haven't survived the winter. I wish I knew what was wrong in that pond.

And then it was time to go to work. After filling up with petrol in Morrisons (a penny a litre cheaper than the Esso not a few hundred yards away) I popped into Dunelm Mill. I'd been told they sold canvases. They did - in a range of sizes. And reasonably priced too. I got a few. I was very tempted to get one of the canvases that was a metre across. I'd like to have a go at a painting that size, but I have no easel to hold such a huge canvas. Mind you, if any of my loyal readers would like to commission a huge painting, I'm game to give it a go, though

And this evening we watched the first episode of the new hit series "Grimm". I liked it - it's got promise...