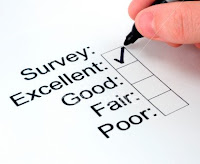 In a novel break with tradition I wasn't woken by "er indoors TM" going to work this morning: I slept through till nearly 9.30am. I got up, brekkied, and spent a little time (three hours) applying for more jobs. I must admit I did get rather wound up by some of the job agencies' web sites. I specifically called up "laboratory sales" and "South East England" as my search criteria, and was amazed with the amount of utterly irrelevant jobs that came up. Catering manager, care assistant, recruitment consultant all came up on my search. What was that all about?
Mind you, I shouldn't complain: on my search I found a link to several on-line surveys for which I can get paid. So after three hours of applying for jobs I spent an hour or so signing up to do on-line surveys. If any of my loyal readers would also like to be paid for doing on-line surveys, please drop me a line. I get a bung for introducing people.

A bite of lunch, then an hour or so was spent on the ironing. I must love ironing; I seem to do more than the average person does. And then I put on my "Survivors" season three DVD and slept through it until "er indoors TM" came home. I woke up, we did a catalogue drop, and then tea time. Over tea we watched the Uma Thurman film "My Super Ex-Girlfriend". It was a film I'd been meaning to watch for some time. If you've not seen it, give it a go - it's not bad. Whilst the film played I did on line surveys. For every ten thousand surveys I do, I get two pence in vouchers. Perhaps not the bargain I was hoping for...?

And here's a bit of news which made me smile. Having spoken with my brother, it would seem that after forty years I am no longer the fat brother. He's a stone heavier than me. I'm pleased about that.