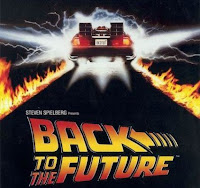 I was tired today - I woke about 4am, bursting for a tiddle, went to the loo, got cold and couldn't warm up again when I went back to bed. And so lay there feeling sorry for myself for several hours.

Today was different:usually the first Saturday in February is booked up a long time in advance: Dover Beer Festival. But this year I chose not to go. On reflection I would spend five quid on a fry up, ten quid on a train ticket, twenty quid on arrival at the beer festival, five more quid on burger and chips, twenty more quid (at least) in the pub afterwards, and would then spend the next day feeling ill.
And I don't think I'm alone in this attack of sensibility. Normally up to a dozen or so of us go to the beer festival at Dover. This year only one person asked about the festival. Spending money to feel ill and to get fatter is a daft idea really.

Having found batteries, the scales were working again, and I had the weekly weigh-in on the right day. My weight is now fourteen and a half stone. Last summer it was over eighteen and a half stone. So I logged into myfitnesspal.com over a spot of brekkie to broadcast the fact to the world. And having settled down with my laptop, I found myself not shifting from the sofa for the day. Playing on-line scrabble, downloading yet more ebooks, swapping insults with the world at large, generally sulking about my lot in life. It's not that I actually wanted to go to the beer festival (actually I wasn't at all fussed about missing it), it's just that I like going out and doing things, and today was too nippy to go out and do things.
With very little else going on, I set about getting more ebooks onto my Kindle. Between the Anne McCaffrey ebooks I found and the Heinleins I was sent (smiles gratefully) I loaded another sixty-odd books onto the device. Bearing in mind the average book takes me about a week, I've got enough stuff on the Kindle to last for the next six years.

After a quick bit of tea, the Rear Admiral arrived. We stocked up his Kindle, and then went round to Chris's for the traditional film night. We started early tonight for a "Back to the Future"-a-thon. We watched all three "Back to the Future" films back-to-back. I'd seen the first one many years ago, but the last two were new to me. I'd heard mixed reports about them during the week, but was pleasantly surprised to find that I actually liked them.
The last film finished at about half past midnight, and we came out to find snow. Only half an inch of the stuff, but enough to be a pain. there are those of my loyal readers who laugh about what we call "heavy snow", but there's no denying that i was grateful that I didn't have to drive tonight....