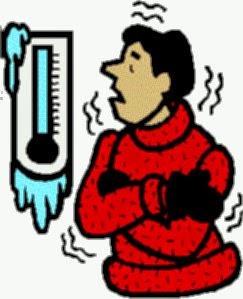 I had a stroke of genius last night; for a change I slept in the middle of the bed and my dog slept on the edge. This arrangement worked well; or that is it worked well for me. I woke to find "Furry Face TM" stil snoring so I suppose it couldn't have been too bad for him either.

We shared toast, then went for a walk round the park. Two days ago I mentioned my first attempts at programming GPS-based games had had mixed results. This morning I tested the Mark II version which works. It might not be working perfectly but it's doing what I want it to do.
As we walked I could see a dog-debacle in progress so I got "Furry Face TM" onto his lead. Two mutts (of dubious lineage) were having what I could only describe as a "handbags at dawn" episode. The owner of one dog, an elderly chap, was ranting at the owner of the second dog about how well behaved his dog was and how it had never attacked another dog before. The owner of the second dog, a woman of indeterminate age, was just crying pathetically. Meanwhile the two dogs snarled and snapped at each other; neither actually doing any harm to anyone or anything.
With my dog on his lead I could be sure we wouldn't get embroiled in the squabble, and we left them to it.

Often when I'm on the late shift I'll go for an hour's geo-mission before work. It was cold today so I stayed in and carried on working on my latest Wheri-project. It's amazing how much effort goes in to producing so little result.

I set off to work; listening to the radio. I have no recollection of what was being discussed. Whatever it was, it wasn't memorable.
I got to work, and worked. At lunchtime I saxed for ten minutes. I would likee to have saxed for longer but it was too cold. And talking of saxing I missed my sax lesson today as I was on the late shift. The late shift was surprisingly busy, and I was late leaving as we had something of an emergency going on.

I was dubious about coming home; the word was that Ashford had been the recipient of snow. But I came home to find that it had all been a false alarm. I then spent the rest of the evening alternately playing tug-'o-fetch with my dog and trying to watch "Forrest Gump". I can vaguely remember writing a blog post about the film once...