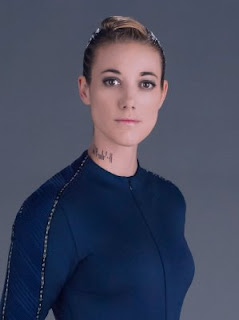 I did my bit overnight, and then came home as best I could. I was somewhat delayed as a humungous pot-hole had appeared on my way home. Getting out of Maidstone wasn’t *too* tricky but traffic was queued back a mile to the motorway. I shall need to leave early tomorrow morning to get there in time.

As I drove home the pundits on the radio were addressing an interesting point of law. The Government was meeting today with representatives of the Scottish, Welsh and Irish assemblies to discuss exactly what powers will be taken back to Westminster following Brexit, and what powers will go to the devolved assemblies.
The feeling was that power would come back to Westminster and stay there; heaven help the Scots, Welsh and Irish if they thought they were going to have any say in a post-Brexit Britain. I don’t understand this at all. “We as a nation” are leaving the European Union, but “we as a nation” don’t really exist. We actually have three small puppet states in thrall to one big state. In theory all four countries of the UK come together to make up the UK government; in practice it is the English who call the shots. Because there are so many of us English. The Scots, Welsh and Irish feel their voices aren’t being heard and want more powers for their assemblies, and maybe even independence of their own.
The whole thing stinks of hypocrisy. The British Government is taking the line that we want to take back control of our own country as far as the European Union is concerned, but when the Scots, Welsh and Irish make the same point, the British Government tells them to wind their necks in.
Surely it makes sense for us all to stick together? I really don’t understand this “take back control” argument. Take back control from whom? Someone who “isn’t us”? If so, who is “us”? I have as much in common with the average Scot as I do the average Geordie, Londoner, Scouser, or (come to that) Frenchman. Why should I take orders from any of those? And (in all honesty) how far do we go? I don’t really have that much to do with people from Surrey or Essex either. I’ll admit to an interest in Sussex because I have family there (in the east; West Sussex can do one).
Bring back the days when the stranger was someone to be feared. Pelt them with rocks perhaps?
Or (just maybe) there might be something to be gained from sticking together?

I got home and as I got out of the car I could hear my dogs barking like things possessed. "er indoors TM" said they heard my car pull up and they got excited. They know that when I come home is walkies time. We got the leads onto the hounds, then "er indoors TM" gave us a lift up to Repton Park on her way to work. Some geocaches had gone live there on Monday; I thought they might mark out a little walk for us.
They did.
We found one along an alley I never knew existed.
The second eluded us; it had eluded others. The chap who did find it on Monday found it after dark. It is one that would be best left till after dark; we looked rather obvious rummaging in a hedge on a housing estate.
The third was the one I couldn’t find on Monday. I went straight to it today.

As we walked I met an old colleague who was walking his dog. He was friendly enough I suppose. I was civil to him, but… It is nearly six years since I was (effectively) knifed in the back at the place where I had worked for over twenty-five years. With half a dozen exceptions, people I’d known for much of that time all turned their backs on me. There are all sorts of maxims about knowing who your friends are. I pray that my loyal readers never find out who their friends are; I did find out, and this chap wasn’t one of them.
We exchanged pleasantries; he was surprised that I would walk the dogs the huge distance from Repton Park to Beaver Road. I explained it was only two miles. “Only” he responded. And told me his dog gets a five-minute walk, and can think himself lucky.
I brought my dogs home through the park where we played in the river, and once home I had a quick scrub and took myself off to bed for a couple of hours.

At 3pm the nice man from Everest double glazing called to give a quote for replacing the living room window. After a little measuring-up he quoted a ball-park figure of about three and a half thousand pounds. Ouch (!) I think the existing window is good for a little while longer.
I then spent a couple of hours doing the ironing whilst catching up with episodes of “Dark Matter” that the SkyPlus box had recorded. I watched two; they were both good episodes, but the first was in many ways a rehash of the Star Trek: Voyager episode “Future’s End” and the second was pretty much a reworking of the Star Trek: TNG Episode “Brothers”.

"er indoors TM" will be home soon. I wonder what’s for dinner… She boils up a good bit of scran.