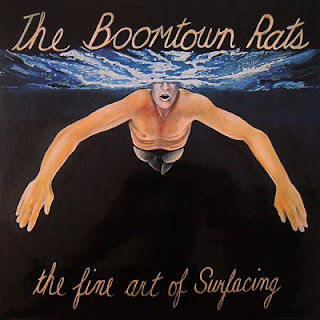 I scoffed far too much yesterday, and had a rather restless night. Over brekkie I sparked up my lap-top and saw I had a message. I knew one of the geocaches on my North Challock series was missing. I was planning to spend the morning replacing it today, but a kind person told me he had replaced it for me yesterday. I was pleased about that. When caches of a series go missing it is never the ones near the roadside; it is always the ones which involve a hike to get to. I wish more people would do that; certainly report “didn’t find it” if you can’t find it. but after half a dozen “didn’t find it” logs it becomes apparent that it really isn’t there. The chap has replaced the cache with a film-pot. Simple enough to do; if you ask in Boots they will give you a couple of dozen for free, and it keeps the hobby going. And (from a personal perspective) it saved me a couple of hours.

So rather than wandering round Challock this morning, I took the dogs out instead. We scrounged a lift with "er indoors TM" to Repton Park to have a look for that geocache I couldn’t find last week. I found it rather quickly today (now that the hider had updated the co-ordinates), and flushed with success I then went after another new geocache which had been placed within twenty yards of a playpark.
I *wish* the geo-feds would be more consistent with proximity-to-playpark issues.

Feeling rather smug that I’d found two caches we came home through the park. Fudge did straggle somewhat; he does that.
Once home I hung out a second load of washing, and then the postman came. Amongst the letters was one from the Halifax building society saying if I didn’t do something about my account with them they would give the money to charity. I’ve never had an account with the Halifax building society, but having a little time on my hands I went into town to see what it was all about. I went to the Halifax building society. It always used to be by the bus stops. It had gone. Jamie waved at me from his bus, and told me that the Halifax was in the building that used to be the Castle pub. Apparently it has been there for years.
I eventually got to the head of the queue and explained why I was there. The nice man behind the counter told me that the Halifax building society had taken over the Leeds Permanent Building Society in 1995, and I used to have an account with them.
One lives and learns.
The nice man asked if I’d like to keep the account going, or would I like to cash it in. I decided to cash it in. That was a net profit of seven pounds and seven pence. And an added bonus was that as I pulled out my passport to prove my bona fido I found twenty euros I never knew I had. Result (!)
I went back to my car via Boots where I asked if they had any film pots the didn’t want. They gave me a carrier bag full of the things.

Pausing only briefly for petrol I came home and over a bit of lunch watched last night’s episode of “Game of Thrones”. It was a good episode, not marred by the interminable fight scenes about which so many people rave.
I spent a few minutes downloading some classic tunes to listen to when driving, then did the ironing whilst watching some episodes of Eden: Paradise Lost. An interesting show; the premise is that a couple of dozen average people are dumped on a remote island and left to fend for themselves. The entire thing very quickly descended into one big argument as life generally does.

"er indoors TM" is off bowling in a minute. I shall program “Hannah” for tomorrow, and watch the last of Eden; Paradise Lost. It is reassuring to realise that it isn’t just me who is always in an argument…