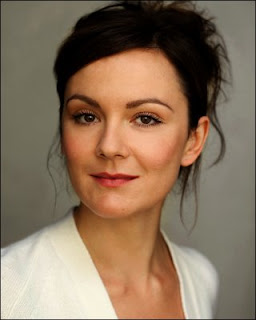 I had a rather bad night’s sleep. Fudge woke me with his whimpering at 2.30am. He was restless and panting and wouldn’t settle. Eventually "er indoors TM" hit on the idea that he was too hot and she turned the fan on. I suspect he had the guts ache from where I let him lick out the oven tray we’d cooked last night’s fish on. We (me and Fudge) eventually got back to sleep about 4am, but I was awake again at 5.30am.
Over brekkie I watched another episode of “Uncle”; much as I like the show, this one was rather far-fetched. I suppose most TV shows have to be.

Overnight a row had raged on various geocaching forums on Facebook. Geo-HQ have decided to single out the world’s best four thousand geocachers based on the quality of the caches they’ve hidden. They refuse to disclose the exact criteria they’ve used, and now they appear to be surprised that something so  potentially divisive has turned out to be actually very divisive. I must admit that bearing in mind the effort I took to create my twenty-one Wherigos might have given me a chance, but no luck for me. Surprising really when you think that a bloke not five miles up the road has made the grade, and he’s only hidden three of the things..
Admittedly I’m probably just sulking, but together with the geo-debacle earlier in the week (when they archived one of my hides for no valid reason) I feel absolved of the need to hide any caches ever again.

As I drove to work the pundits on the radio were interviewing a representative of an American pharmaceutical company. They weren't happy with how some of their drugs are being misused. Apparently no one told them that some of their drugs are being given (as massive overdoses) in lethal injections in executions. It was hinted that the companies might effectively get rid of the death penalty by stopping the manufacture of certain drugs, and now unproven drugs are being used for executions.
An interesting point. I wonder if these people really do think their product is indispensable? Have they never heard of the firing squad?
There was also talk of driverless lorries on British motorways; one driver will drive his lorry as per usual, and simultaneously drive two others by remote control. Sounds a bit dodgy to me...

I got to work for the early shift and had a busy day. Busy, but good. And then home again. I did the ironing whilst watching a film. “Still Crazy” is a good film; I’ve seen it before. But on this watching I realised that the young girl in it looked familiar. Wikipedia told me she is the woman in “Detectorists”, and was also the lead character in “Tipping the Velvet” which is another favourite of mine (for obvious, if base, reasons).