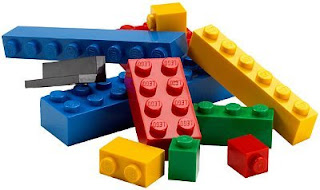 I slept well, and over brekkie I watched the last episode of “Detectorists”. I quite like that show; the aimiable people going out and about doing their hobby is so like so many hobbies I’ve done.
During an advert break (when I was too slow to reach the fast-forward button) I saw an advert for a company called “Pure Cremation” which made me ponder. When I croak these people offer to take my carcass straight from where I drop and cremate it without any of the performance of a funeral service. Do I want a funeral service? I don’t know. Something to think about, I suppose.

I then sparked up my lap-top and peered into the Internet for a few minutes. I had a wry smile when I read one comment on Facebook. A couple of days ago I posted a silly comment to some of the people with whom I used to work. In discussing my old workplace one of the senior members of staff there posted “it's shit we're down to a 1 in 6 for the foreseeable future.” And then asked me to go back. So many people post so many similar comments about the place on social media and the management do nothing. But I once got a formal disciplinary warning for supposedly bringing the place into disrepute when I just posted a selfie in the small hours.
I no longer feel physically sick at the thought of going in to work every day. I no longer have people poring over my every move intentionally trying to catch me out (in the name of quality).
Do I want to go back there? I don’t think so…

With no emails of note I got myself together and set off to work. As I drove the pundits on the radio were spouting their usual brand of drivel.  More Brexit lies have been uncovered; this time on the immigration figures. It turns out that the figures quoted for the annual amount of immigrants to the UK have always included all the foreign students coming to study in the UK. However no mention has ever been made in any official figures about all the foreign students who then go back home again once their studies are concluded.
Perhaps if this (and all the other lies) had been exploded before the referendum things might have turned out differently. Oh well... what's done is done.
There was also talk about how the average British adult does less than ten minutes brisk walking every month. Ten minutes a month?  How do these people get about?
And brief mention was made of the fact that sales of fishing licences are down, sparking horror into the fishing world. is fishing in decline? Personally I don't see this. I see the lakes I fish in getting busier and busier. Surely this just shows that fewer people are wasting their money on a fishing licence. After all, why buy a fishing licence? No one ever checks on the thing. And I must admit I doubt the figures. I got my fishing licence using the on-line thingy and paid with my credit card. The Environment Agency has not taken the money this year. I wonder if this is where they get the idea that fewer people have licences. I expect the same amount of people (if not more) have fishing licences, just fewer of us are actually paying up.

I got to work. I’d had a rostered day off yesterday. Today was back to business so I did that which I couldn't avoid. As I worked I got a text. Last week I'd ordered several hundred quid's worth of wine as a pressie for "er indoors TM" (partly). They stuff had arrived and the people from "My Yodel" had left it with nice-next-door. My piss boiled; had I known that the stuff was going to be delivered by "My Yodel" I would never have ordered it in the first place. My experiences with them have not been good. For a company which offers delivery up to 9pm, they don't actually deliver after 5pm, and so actually getting a delivery from them can be difficult.

With work worked I came home, walked the dogs and collected the wine. I broke my back getting the camping gear out of storage, then over dinner we watched “Lego Masters”; a new show which I can only describe as being somewhat like the Great British Bake Off but with Lego.
It was rather good…