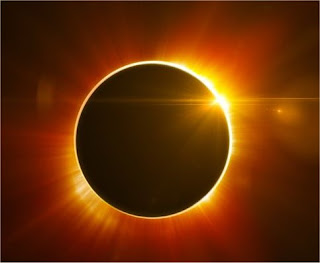 I slept like a log last night. Two night shifts followed by a seven-mile hike then three pints in the sunny beer garden had taken their toll. Eight hours continuous sleep; I can’t remember the last time I slept so well.

Over brekkie I watched an episode of “Dad’s Army” with my dog laying next to me on the sofa. He’s been rather soppy lately. I then sparked up my lap-top to peer into cyber-space. The photos I posted from yesterday’s walk had generated quite a bit of comment. Sometimes they do that.

It was raining as I drove to work. I must admit that I quite like it raining when I'm at work; that way I have less of a feeling that I'm missing out on anything.
As I drove the pundits on the radio were interviewing two economists. One was of the opinion that the average British family will be five thousand pounds better off every year after Brexit. He offered all sorts of evidence to back his stance. I must admit it meant nothing to me, but it sounded convincing.
The second economist rubbished all the so-called evidence as hearsay and "says-you!", and after a heated discussion it turned out that neither economist had any tangible evidence to back their positions either way. This is entirely what is wrong with the entire Brexit proposal; the whole thing is one enormous leap into the dark.

The pundits also interviewed a chap whose makes a living from organising eclipse-viewing. He was in his element today – there was a total solar eclipse visible in much of the USA.
They also interviewed some professional astronomers who had never actually seen an eclipse before, and there was an embarrassing five minutes as the experts explained exactly what an eclipse was to those conducting the interview. Surely this is something that children are taught at primary school? But what boiled my piss the most as the explanations were made was that those asking for the explanations seemed to be in some way proud of their ignorance.
Drew has gone out to see the eclipse on his birthday today; the culmination of quite an adventure; I’ve asked for details of his itinerary. Will I go do something like that myself (but without the eclipse)? Possibly. If money allows. Though I doubt it will. There is no denying that my long-term life plan intended me to be far wealthier than I actually am right now.

I got to work far easier than I had been expecting, with no delays at all. I had a relatively good day (compared with the late shifts and night shifts of last week).
Once home again I ran the dogs round the park, then with "er indoors TM" off bowling I watched the most recent episode of “Game of Thrones” which the SkyPlus box had recorded in the small hours. It had the makings of a good episode if not for the dull interminable fight scenes.

I’m told from those that saw the eclipse first-hand that it was rather dull… I must admit the one I saw in 1999 was a disappointment.