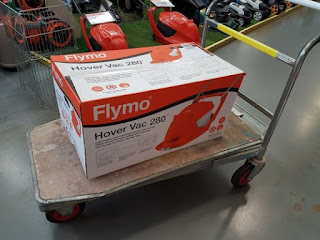 After two nights in a tent I was glad to see my bed last night. It was only a shame that nice next door were having sex, and they aren’t as quiet as they might be when they are getting jiggy. I have noticed that over the years the various people living next door have got louder and louder when doing “the nasty”. I wonder if they see the screaming and squealing and howling when watching filth on the Internet and think it is supposed to be a vocal rather than a physical activity?
Still, can’t complain really. No one on that side has ever been *that* loud when compared with not-so-nice-next-door’s infernal piano.

I slept for eight hours. Eight hours !! Over brekkie I sparked up my lap-top. It told me it could clear up over a gigabyte of space for me. In a fit of bravado I let it do its thing. I wonder exactly what it has deleted.
I then had a look on Facebook. There was a minor hiccup as the router wasn’t working. I pulled its plug and re-booted but not a lot happened. I wondered if I shouldn’t have allowed the lap-top to have had its clear out, but "er indoors TM" phone couldn’t connect either. I had a look at the settings; everything looked as it should.
I decided to leave it alone and come back later.

I took the dogs round the park. Fudge straggled as he so often does. I get so wound up; so often he gets *so* far behind that I have to call him and the puppy then sprints head-on at him. To avoid collision Fudge then takes a ninety-degree turn, and then not only is he lagging far behind, he is also heading in the wrong direction.
He looked to be walking awkwardly at one point, but shortly after that he was sprinting after Treacle. I think he just pretends to be decrepit.

Once home I mowed the lawn. There was a minor hiccup in that the lawn mower has had it. I bodged a repair with a tent peg, but it didn’t stay repaired.
I got three quarters of the lawn shaved before I finally gave up. I then cut back some of the crap hanging over the fence, then tried to back up recent blog entries (having found the Internet was working). However my desk-top PC that I back up onto is slow to the point of being unusable. I’ve set McAfee loose on it. I wonder if it will achieve anything?

I settled the dogs and set off on a pre-late-shift mission. I had a plan to visit various garden centres to suss out a new lawnmower before I went to work. I wasn't happy about having to do this. From previous experience I knew that I was going to have to spend serious money. When getting a lawnmower if you buy cheap you get something that doesn't actually work. I wasted good money on one like that once; I can distinctly remember having a tantrum and then giving the rubbish lawnmower to Chippy with the proviso that it didn't actually mow grass.
But the lawn needed a serous haircut, and this was going to cost.
More expense that I didn't need...

I worked out a rather elaborate route along which I could call in on garden centres on my way to Maidstone; my first port of call was B&Q (because they are closest). They had several boxes of my current (now broken) lawn mower, and next to it was boxes of the next model up. Bearing in mind that until the thing gave up the ghost this morning, it has done rather well over the last few (about ten) years. I was tempted to just get a new one of the same model. But raking up the cut grass is a pain (figuratively and literally). The next model up collects the grass (or so it claimed) so I got one of those. I'd mentally budgeted about a hundred and fifty quid for a new mower - this one came in at about half that amount. Mind you that is still eighty quid I wasn't planning to shell out.
I shall test it out tomorrow. I hope it does the job. If not I shall give it to Chippy. He can have a collection of lawnmowers that don't mow lawns (whether he wants such a collection or not).

My plan had been to visit several garden centres... Having bought a lawn mower in the first place I visited gave me a little time. So I wasted it by going to the tip where I emptied out the various rubbish and clutter which has been infesting the back of my car for the last month or so.
Then I *really* wasted some time. I drove on to Sainsbury's in Aylesford to get some shorts. they didn't sell them. Nor did Morrisons or Tesco in Larkfield.
So I stuck to what I knew and went for McLunch. I like McLunch.

I then went in to work for the late shift. I quite like doing the late shift (and the early and night and weekend shifts) as I get to work alone. Not that I'm anti-social but working alone means I am trusted to do the job.
Work was rather good. It usually is these days...