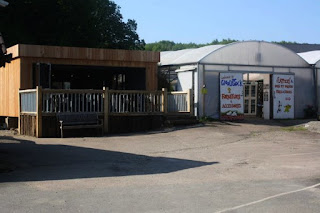 The puppy didn’t curl up last night. She spent the night waving her long legs about continually catching me with her claws. If she is banished downstairs she howls, if she is up with us she is restless. If any of the other bedrooms in the house were accessible I would sleep there. I might try the sofa tonight.

Over brekkie I had a look at the Internet. I spent a few minutes looking at holiday photos from Arizona and Portugal and Spain. It is the middle of August; people are going to be on holiday. I was a tad jealous, but not as jealous as when I read the news (from LinkedIn) that an old schoolfriend of mine has a new job. I had a quick look on how-much-does-that-job-pay-dot-com and it looks like my old mate is earning about five times what I do. It’s not that I’m jealous, but I *am* incredibly jealous. I won’t say exactly what it is that he does, but it is basically pushing paper around an office (from 9am to 5pm). Today I was working until 9pm. I shall be working all night tomorrow and Saturday. If I slip up in what I do I have the potential to kill someone. My place of work (like all hospitals) is constantly under scrutiny with the public always looking to find fault. But I doubt if one person in a thousand gives a stuff for how efficiently paper is pushed.
It is too late for me to try to become some sort of office millionaire. And I must admit I quite like my (current) job. But I look at my old mate with his six-figure salary and can’t help but think “what-if”.

Despite the rain I popped the leads on the dogs and we did our usual circuit of the park. As we walked we could see the council were mowing the lawns, and the puppy went back on to the lead after she’d chased the lawnmower for the third time. Fudge could have done with going on the lead to have made him keep up. It’s not that he can’t; he just chooses not to. Just at the end of the walk (through the co-op field) the two of them were chasing each other like things possessed.

I set off to work, and went via Hollingbourne. There was a geocache there, but to be able to find it I first needed to solve a puzzle based on the village sign. I'd blagged some of the required information from the Internet at home, but I needed to go to the sign to get the rest. I got there, and whilst I was writing down various dates I thought I'd check the information on the sign with what I'd got from Wikipedia. And I had a shock.
Two of the so-called facts were different. Wikipedia was at odds with reality. Wikipedia said that William Cobbett wrote his book "Rural Rides" in 1830, but the information board by the village sign said differently. Is it possible that Wikipedia might be in error?  It was just as well I checked.  Personally I suspect reality has it wrong.
But with the information gathered and the calculations calculated I soon found the errant Tupperware that I sought, and I set off for lunch.

Usually I'd go to McDonalds for lunch. Today I thought I'd have a change. As I drive to work every day I see signs advertising the Woodstock garden centre and cafe. I thought I'd have a look-see and get lunch there for a change…
Following the signs takes you to an old mansion house not unlike the one in the Rocky Horror Picture Show. The so-called garden centre is in the grounds of this place. It features a closed cattery, and some scary looking people selling vastly overpriced garden furniture. There was a cafe; I didn't go in. The woman behind the counter was eyeing me as though I would be the next thing on the menu.
Was I imagining it, or could I really hear the banjos in the distance?

I drove down to McDonalds. I thought I would stick to what I knew. And then, pausing only briefly to get some bogroll, I went in to work for another busy late shift. I could do with a quiet one.