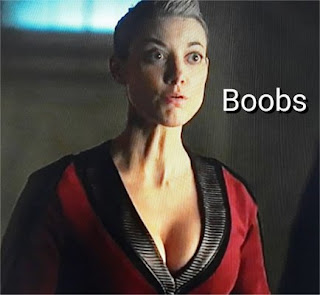 I was woken by a crash as Fudge fell off the bed shortly after 1am. I settled him down, and tried to get back to sleep. However the groans and squeals of nice-next-door having sex did keep me awake. I was tempted to bang on the wall and suggest he shove it in her mouth at 1.40am. It was rather unfortunate that the scream that one of them gave at the most exciting part set the puppy barking.
I eventually nodded off, and slept through till half an hour after "er indoors TM"’s alarm was supposed to have gone off.

Over brekkie I had a look at the Internet. I saw an advert for the Faversham Hop Festival in a couple of weeks’ time. It sounds like fun, but I expect it would cost me the thick end of a hundred quid. Things like this often do. Mind you I might give it a go. I should really experience it before I dismiss it out of hand.
Drew’s blog was interesting. He looked to be having quite an adventure in America. I’m quite jealous, but I do like the way he’s making a record of what he did. Somewhere I’ve got diaries of my American adventures when we took the scouts abroad. I can remember the mothers of the scouts being grateful for them, as all the boys could remember of three weeks abroad was a zoo trip and a day swimming.
On a more sombre note there was a terrorist attack in Barcelona last night. Quite a few people were killed. This morning on Facebook I saw several people were posting #prayersforbarcelona.
Why?
I don’t understand this at all. Why do people ask their God to help in the aftermath of these tragedies, but never feel that their God might have intervened to stop it happening in the first place?

I set the washing machine loose on some grungy laundry and took the dogs for their morning constitutional. Some of our walks are fun, some eventful, some are hard work. Today’s was just a walk. Nothing out of the ordinary happened; we met a few other dogs, OrangeHead was civil, it was just a walk. Some days uneventful is good.
Once home I ran round with the hoover (made by the Dyson corporation) and had a little tidy-up. I was about to hang out the washing when the heavens opened. That was something of a pain; just as well I have my trusty clothes horse.
Rather amazed at how long it took to do so little I took myself off to bed for the afternoon. When I woke a few hours later I watched last week’s episode of “Dark Matter”. I’ve mentioned the show before in less than glowing terms. And as I have said before about other shows you can tell that the writers are struggling when the tits come out.

I then had a rummage on an old hard drive. I found all my old diaries from the two Canadian/American holidays I went on with the scouts. But they aren’t really in a format that I can immediately share on-line. That will be a project for the next few days.
I also spent a while solving puzzle geocaches by traditional and not-so-traditional means. In many ways the entire concept of a puzzle geocache is a load of old crap. The hobby is a treasure hunt, not cryptic puzzle-solving. If I wanted to strain my brain I’d do the Open University again,

"er indoors TM" will be home in a bit. I’m hoping she’ll do me some scran before I go off for the night shift…