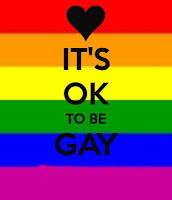 After another good night's sleep I woke ten minutes before the alarm was due to go off. Over brekkie I watcheed an episode of "Dad's Army" in which the vicar was startled during evensong. He didn't like it up 'em. I then had a mooch on-line. Not a lot seemed to have happened overnight, which was probably for the best.

As I drove to work my piss boiled as I listened to the news. Despite leaving university with a lifetime's worth of debt, only half of graduates are actually doing anything with their degrees.
I blame the schools. When I was at school the careers teacher could only give advice on what university one might attend. "Failures" went into the army or banking. And that *really* was the attitude; no secret was made of the fact that the school expected you to go to university. If you didn't go to university you were openly seen as a failure. And so we have a generation with degrees that they don't use, effectively the ability to fart in Latin, and more debt than sense.

There are also calls from those who know no better to have the NHS paying for e-cigarettes for the masses.
Leaving aside the obvious argument of why should my taxes pay for their e-fags, and why don't their taxes pay for my new walking boots, this is a typical example of all that is wrong with the NHS. Yet more things for the NHS to be providing, and no funding for it to be doing so.

Something else equally cheeky is a scheme from several local councils which involves local councils giving council house tenants forty thousand pounds toward the cost of buying their own house.
Since having announced the plan Canterbury council has backtracked somewhat saying the sceme is only open to the first ten applicants. However that's stil the best part of half a million quid being given away.

I got to work, and my piss cooled as I pootled about my daily round. With my daily round done I came home.
The original plan for the evening involved going to the Venetian fete in Hythe, but that was not to be. Instead I came home and walked "Furry Face TM" round the park. As we walked I had a message.
Someone I've known for years, a very good friend, has finally plucked up the courage to tell the world that they are gay. I won't say who she (or he) is. Realistically whether or not that person is or is not gay is a matter of absolutely no importance to anyone but that person. To me some people are left handed, some have beards, some are clever, some not so, some are gay. All these quirks and foibles have absolutely nothing to do with me or how I get on with that person.

It is really wrong that people feel that they cannot be open about their sexuality and that they will be rejected by friends. And on serious reflection I don't know whhich is worse; to make jokes in bad taste about the matter, or to pretend to some politically correct agenda which just draws attention to matters which are nobody's business.