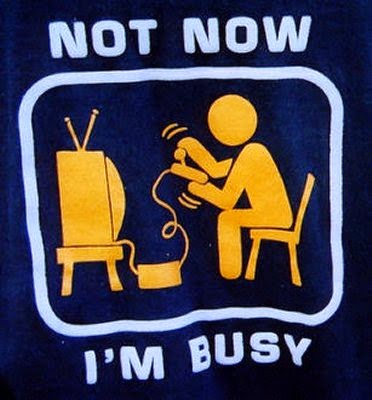 I woke to the sound of rain this morning. Somewhat depressing. But as I scoffed brekkie so the rain slackened off. By 8am it was just fine drizzle so I put the lead onto my dog and we went for a walk. Firstly some geo-testing, and then home through Viccie Park where OrangeHead made a point of blanking me. Silly woman.

Once home I hoovered (with the Dyson); a couple of days ago the neighbours put a box outside their house. "Free Teddies" was written on the box, and inside were unwanted teddy bears. I took one for my dog, and today I hoovered up all the stuffing that was left.
I then had a sax practice. I've been skimping on that this week. I can do a half-way decennt rendition of the introduction to the theme to Star Trek. Trouble is I can't get any further into the tune because "Furry Face TM" will insist on singing along.

I scoffed a sarnie whilt watching "Extant"; I've caught up with the backlog of episodes and am now up to date with the show. It's quite entertaining, but is clearly written by someone who knows nothing about science. Like most science-fiction really, I suppose.

I then popped into town for a little mooch. I took my new shoes to have the heels replaced with ones that won't leave marks oll over the liino at work. The shoes cost a fiver, the new heels cost over a tenner.
I also went into the CEX shop and got several DVDs. All films I would have liked to have seen when they first come out, but now far cheaper. Six for ten quid - can't be bad.
Whilst in town I was rudely harangued by some woman collecting money for the Red Cross. She proudly boasted of how their efforts subsidise the Fire Brigade and Ambulance services. Personally I'm not sure this is a good idea. All the time do-gooders are shoring up deficiencies in the public budgets no government of any political party is ever going to fund public services properly. Look at the state the schools are in. We have to stage jumble sales to buy the text books. I told the woman this; she'd clearly never thought about it and got rather aggressive.

As I was out and about my phone pinged. Something had been posted on social media. A Member of Parliament has publically stated that astrology, along with complementary medicine, could take pressure off NHS doctors.... (takes a deep breath...)
Let's not make any mistake about this. he is talking rubbish. And as for those who feel that he is entitled to his opinion... he is *not* for two reasons. Firstly because he is talking out of his arse. And secondly because he is a Member of Parliament and as such he's in a position of responsibility. People will assume he knows what he's talking about.
I've said it before; democracy is a bad idea. it only works when people aren't demonstrably stupid.

Once home I had a phone call. My new door is ready; would I be able to have it fitted tomorrow? Yes, I would. That surprised them. Tomorrow is now door-fitting day.
I then set about several weeks worth of ironing whilst watching one of my new DVDs.
I was under the impresson that the film "Prometheus" was a prequel to the "Alien" series. It wasn't. If it had been intended as such then whoever made it might have benefitted from having watched the "Alien" series. I'm not saying I didn't like it. Far from it; it was quite good. It was just rather at odds with all that had appeared on screen before. Or am I the only person who feels that continuity is a vital part of any series of films.

"er indoors TM" texted. She was off out candlemongering and i was left to my own devices for tea time. My first thoughts were to go foraging in the direction of KFC or the kebab shop. But I was feeling rather worn out from the day's exertions so instead I had a look in the freezer. I was convinced that even I could boil up a pizza. After a bit of effort I did. I scoffed it whilst watching another DVD I'd bought; "Goodbye Charlie Bright" was a British film; the sort of thing I quite like. With pizza scoffed I sorted undercrackers for a while,
These long winter evenings just fly by...