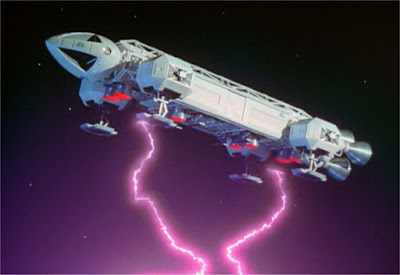 Another good night’s sleep. I thought I heard a thump in the night; did one of the dogs fall off of the bed?
I got up and went to have a look at the pond. It looked a little clearer than it was. Perhaps that bulb is doing something? As I peered into the pond the dogs came and had a look, had their morning tiddle, and went back to bed.
I put a load of washing in to scrub, made myself some toast and looked at the Internet to see that not a lot had been going on overnight. So I spent over an hour fiddling about on my new Wherigo project. An hour and a half’s effort gave another minute of game play.

Once I’d hung out the washing (and harvested the dog turds) "er indoors TM" emerged from her pit. I ran a quick test of what I’d done so far on the Wherigo; realised a serious mistake and spent a little while putting it right.
The Rear Admiral then arrived to collect Sadie. Like all dogs she was no trouble on her own; but being the third dog in a pack just meant we had far too many dogs. Jimbo looked well; his two weeks in France seemed to have agreed with him.

We then went out. First of all to Badlesmere where there was a chance of a First to Find on a newly-published geocache. Had we chased off after it the moment the email arrived we would have been first. But because we’d waited for pup collection, we were beaten by fifteen minutes. Oh well… Hopefully there will be others.
We then drove down to Boys Hall where we had a little wander. We managed to find one of the geocaches that eluded me a couple of days ago, but the one by the railway bridge is still on my “to be hunted down” list.

We came home, and I spent a little while sorting my fishing gear. I really needed a huge bucket for all the baits. I couldn’t find anything in any of the shops and supermarkets, but today I unearthed an old plastic lidded dustbin that we used as a toy box in years gone by. That’ll do.
I also looked at the trolley I take fishing. Other fishermen laugh at my trolley for the simple reason that it has sides and keeps everything in. “Proper” fishing trollies are flat (with no sides), and everything is held in place by endless bungee cords. The perfectly sensible way to lug your tackle about is seen as laughable whilst the obviously impractical is seen as the way to go. I can only imagine that most people are taken in by the designer label on the flat trolleys.
If any of my loyal readers could explain the merit of a designer-labelled utterly useless flat plank, please do tell. In the meantime I’m sticking with what works.

"My Boy TM" phoned. He was building a pergola; could I pop round and help. By “help” he meant would I hold the bits of wood whilst he hammered and drilled. With "er indoors TM" off out with her mates for the afternoon I was at a loose end, so something to keep me occupied was a good thing. It only took an hour or so to get the thing in place.
I came home, and watched a couple of episodes of “Black Mirror”, then did more Wherigo. Another hour and a half’s effort gave another minute of game play.

As I gave up Wherigo-ing for the day I saw I had some emails. People had been out looking for the geocaches I hid three weeks ago. I knew that one specific friend was going out today, and so I’d asked him to report on any obvious problems or issues. Some people had said that some of my caches were in the wrong places, others said that the hints I’d given weren’t helpful. There are those people who, when finding a film pot in the forest, move it to where they think would be a better place. Consequently the co ordinates and hints immediately become useless. But I was told that all was fine with this geo-series.
That is an answer that suits me.

I watched an episode of “Space 1999”. Back in the day this was the best TV show ever. Unfortunately it hasn’t stood the test of time.
I shall play some Mah-jongg, then might have an early night. It’s not been a bad bit of time off work, has it?