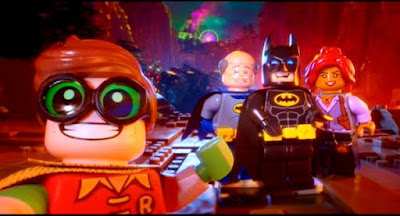 I slept well again, despite a very rumbly stomach. I wonder what I’ve eaten to have set it making such noises?
As I looked at Facebook over brekkie I sent out a few birthday wishes, then after fighting with the printer (it doesn’t work!) I made some provisional plans for my next Wherigo project. Following on from the feedback from my two recent Wherigos (which have been entirely positive) I’ve got a plan to do “The Crystal Maze” in the co-op field. I can divide the field into the four zones. In each zone there will be four games. The player will be randomly given a game to play in each zone. If they win they get time toward the final task. And depending on how well they do in the final task they will be given the co-ordinates of one of three geocaches (gold, silver or bronze). If people want to find all three caches then they have to go through the maze again. Being randomly presented with four games out of sixteen should give a different game each time, and only taking fifteen minutes (maximum) to go through the maze should mean that people could do the lot in less than an hour.
It will mean a lot of programming, but what else would I do with my time?

We got ourselves organized and into the car. First of all we went to the post office in Singleton. I had a letter to send by recorded delivery. The woman behind the counter (rather aggressively) told me that “recorded delivery” and “signed for” are the same thing these days. As I was paying, the woman at the till next to me asked her customer if he would like “recorded delivery” or “signed for”.
I left the two women behind the counter having a rather heated argument.
We drove out to Bekesbourne. We listened to Ashford radio for as long as we could, if only to listen to the woman presenter. She..um… was a ….yeah… little… um… hesitant….yeah… and….yeah …. struggled … um …. to string… yeah… more…than…two…yeah….words…um…together.

We got to Bekesbourne where we went on a little walk which was marked out (as always) by geocaches. Today’s route was one we’d walked before five and a half years ago (on 26 January 2014). In the meantime many of the caches had been replaced, and so with about two thirds of the route being new caches we thought we might have a little walk.
We bimbled about. The route was mainly off-road and so ideal for the dogs. One of the paths we followed went right through the middle of Howlett’s zoo and it was rather fun to see the elephants. It was a shame that Treacle had to try to pick a fight with a wild pig (of some sort); it is amazing how brave she can be when there is a sturdy fence between her and that with which she is arguing.
We had a minor episode when one of the normal people latched on to us. I’m all for allowing dogs to socialize with other dogs, but within limits. If you *really* want a full-time playmate for your dog, get yourself another dog.
Geocache-wise it was a good walk. Caches were sensibly placed, and the hides weren’t overly difficult. One had us struggling for half an hour, but we’d got the wrong idea from the hint that had been given.

With walk done we drove up to a rather amazing place. There used to be a geocache there which I found in 2014 when I wrote “... It was actually rather scary. In a corner of a field there were about a hundred concrete pyramids; each about a metre tall. The pyramids were very old and whatever their original use was would seem to have disappeared into the mists of time. Many of these pyramids were now under stinging nettles and brambles. But many were still visible, and they all looked incredibly out of place. It was eerie - almost like something out of an episode of "Doctor Who".”
I’ve since found that those concrete pyramids are tank traps from the last war. The original geocache there had been archived, so we popped in to have a look and to find the replacement.

There was an issue with this cache. There wasn’t one cache there. There were three. The original from 2005 (which had been archived but was still there and was fine). The “new” one from 2015 (which was broken), and one which someone threw down recently. We tided things up. We took the dry paper log from the broken cache and put it into the unbroken watertight one, cleared away the rubbish and told the cache owner what we’d done. That took us about a minute. It certainly took me longer to type it than to do it. According to the rules we should have told the C.O. to sort it out, but why have him waste half a day when we had it done in seconds?
Similarly we’d seen one of the caches on the series we’d walked as being missing and before we left home we’d arranged to replace it as we’d be walking by anyway.
It never fails to amaze me that we are in the minority when it comes to fixing geo-problems. Most people just post a “sort it out dogbreath” log and walk away. Much like one chap had done yesterday (on both of these caches).

We came home; I posted some photos of our walk up on to Facebook. For some inexplicable reason Facebook tagged several of the photos as having been taken in Ramsgate.
"er indoors TM" boiled up a rather good bit of dinner then went off to the Saturday film night where they were showing “Dumbo”. I stayed home with the dogs, and as they slept I watched “The Lego Batman Movie”. I’d not seen it before. It was rather good…