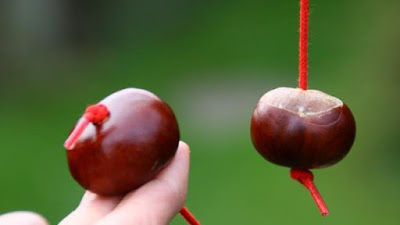 I slept well; now that Pogo has gone back to where he lives I don’t spend all night with an air of waiting for a fight to kick off any more. Not that Pogo was to blame; Treacle was (is) the pugnacious one but she seems to kick off at Fudge far less than she used to have a go at her brother.
It was a shame that the bin men had to be quite so noisy quite so early.

As I scoffed my toast I had a look at Facebook. There is a page I follow about all the local crimes and villainy. It was posting about how the police’s counter terrorism unit had been raiding some house not five miles away. Everyone was up in arms whinging about what a terrible place Ashford has become. It strikes me that this page is full of doom and gloom and horror stories, but I have never seen any of the things they claim are happening on a daily basis. I’ve never had gangs of Kosovans on the doorstep demanding money. I’ve never had gypsies in the shed trying to steal the lawn mower. I’ve never felt the need to make the public aware of the danger of two teenagers sitting on a park bench. Whilst there might be some truth in some of the stories, I honestly feel that much of it is made up nonsense.
Interestingly this Facebook page has recently acquired a rival. I’ve joined the rival page out of interest. This new group is all about “freedom off speech” and it has only one rule: “please be polite other member's”.
Equally literate, I then had a notification of a new geocache. I read the description with interest. Apparently this one is “tided to the tree”.
And they say education is alive and well….
(This isn’t having a go at dyslexia. This is having a go at people being too lazy to take a few seconds to pause and re-read what they have written!)

I took the dogs round the park. We’ve not been round the park much lately, and today proved exactly why I’d rather go elsewhere. Orlestone Woods and Kings Wood don’t have many people there, and those who are there seem to understand dogs. Viccie Park seems to be attracting those with “furry precious princesses”. I lost count of the number of other dog walkers who shrieked in terror when Fudge wandered over to see their dog.
Mind you we made the most of our walk. And despite chronic kidney failure, Fudge showed the squirrels who was boss. One idiot squirrel jumped out of a tree not two feet in front of Treacle. Treacle and squirrel stared at each other; Fudge leapt into action. He very nearly caught it.

We came home. I spent a few minutes looking at the geocaching adventure lab thingy that I’ve been awarded. I’d like to be able to do something fun with it, but it doesn’t seem to lend itself to the sort of nonsense I like to do with Wherigos. The chap who put out the series in Hastings had a really good idea with the more obscure blue plaques. There’s a good tour in London of “Jack the Ripper” sites, but there isn’t a lot I can do locally. I’m really not that keen on ending up with a tour round the “Museum of Dull Bits of Broken Pots” which (unfortunately) so many of these Adventure caches seem to be.
I had a look round the Internet seeing what historical stuff I could find out about Ashford that wasn’t incredibly dull. I’m probably going to end up doing some history tour involving the old jail (that no one knows about), the house with a fake top floor (that no one knows about), the tank (that everyone knows about) and two other things which I will probably make up. I’ve got to pop into town on Monday to see the optician. I shall have a look then.

With the dogs asleep I set off to work. With a few minutes to spare I drove to Sainsburys to get some petrol. Just as I was about to pull up at the pump I had to slam on the brakes as some selfish prat flew past the queue, flew past the cars at the pumps, and straight to the pump from which I was only a few feet. Having slammed on the brakes I filled my car with petrol at the pump at which I found myself. Ironically I had filled my car and was in the queue in the kiosk before Mr Speedy. As he joined the queue I suggested that he might like to barge to the front. Several people who were queuing chuckled. Mr Speedy pretended not to hear me.
As I paid for my petrol I also got a sandwich; again I'd forgotten to make myself one before leaving home. I've done that twice this week.

I drove in to work, I parked up. As I got out of my car I nearly broke my neck as I fell over on a conker which was laying on the ground. Conkers on the ground - there's a sign of our times. Back in the day conkers were stripped from trees long before they would fall naturally my children who would play "conkers". Do kids put them on strings and clout each other over the knuckles any more?
​
Posted by Manky Badger at 10:18 pm