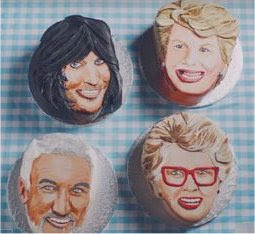 I slept like a log and woke feeling full of beans and ready to go. I looked at the clock and saw it was only two o’clock. I saw every hour of the night after that. I gave up trying to sleep shortly after six o’clock, and after some toast watched another episode of “Inside No.9” which was watchable (I suppose).
With telly watched I had a look at the Internet. Pretty much nothing much had changed since last night.

As I drove to work I twice found myself behind different tankers; both of which were used by various companies to empty cess pits. I thought it rather odd that tankers carrying that which had been extracted from cess pits would also be bearing large logos saying "Non Hazardous Material".
If the gunge out of a cess pit isn't hazardous, what on Earth is?

As I drove I listened to the radio. The world would seem to be in uproar at the Prime Minister's having shut down Parliament. However everyone seemed to be glossing over the fact that he'd merely closed it four days earlier than it would have been closed anyway.
What amazed me today was the news reports of the latest Honours list. Outgoing Prime Ministers are allowed to give out honours and awards when they go (it is one of the perks of the job). I would have thought this would have been a golden opportunity to reward those who actively contribute to society. But I didn't hear mention of anyone to whom I would have given recognition. CBEs had been given to the two geniuses who'd overseen the most recent general election in which Teresa May's government was firmly kicked in the knackers. And a knighthood has been given to the bloke who devised that Brexiit deal that Parliament threw out three times. Who would have thought that such incompetence would be rewarded so well? On the strength of that, the Downing Street tea lady should have been made God-Emperor of the universe.
The chap who ran the Boys Brigade (for years) when I was a lad has never received anything from an ungrateful nation. The team who run our local scout group got nothing either. Meanwhile people ballsing up a job (for which they get paid more than I get paid) get honours.
Funny old world.

Work was much the same as ever. I did my bit, and came home as I do.

Over dinner we watched “Bake Off”. I absolutely love that show. When it first started all those years ago (like everyone else) I was wondering who would be bothered with a show about making cakes, biscuits and bread. Now I sit there intently watching the bakers' every moves, earnestly telling "er indoors TM" that they are about to make a pig's ear of that ganache.
Or I would if I knew what a ganache was...