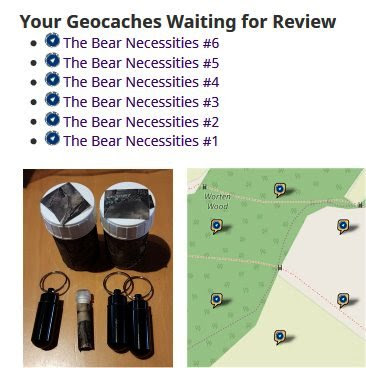 The internet seemed to be broken as I attempted to peer into it as I scoffed my toast his morning. It does that from time to time. I pulled the plug on the router and re-started it. The internet was soon fixed, but there wasn’t much worth looking at this morning.
There were a couple of arguments kicking off on some of the Lego Facebook pages I follow. What is the collective term for more than one Lego brick? “Lego” or “Legos”? I would ask “who cares” but demonstrably quite a few people do judging by the row that was going on. And what are Lego sets worth? People have been posting photos of sets they wish to sell with a comment along the lines of “make me an offer”. And then taking umbrage at what they see as insultingly low offers. Someone else pointed out that it takes seconds to find out the going rate by looking on eBay, and a very nasty argument ensued.
(Lego?! – some people will squabble about anything).

I got my bits and pieces and dogs together and we drove out to Ripper’s Wood. I once had some geocaches in there. I archived them six months ago so if anyone else wanted to hide caches there, then they could. No one took the opportunity, so I’ve used the area for something of a geo-experiment.
I like writing Wherigos. They are little adventure games that you play on your phone. As you play the game you move from location to location; finding a geocache at the end. People either love them or pretend they haven’t got the technology to play them. But one thing is true – compared to finding the average film pot under a rock, they can be a bit of a faff. So I’ve created a Wherigo adventure which takes less than an hour to play, during the course of which you get to find six film pots under rocks. If this proves popular I shall use this idea again.

We eventually got to Ripper’s Wood; the roads round Ashford were very congested this morning. And once at the woods we had a really good walk. I got to hide my film pots and test my Wherigo; the dogs got to do their own thing. And we didn’t meet another soul as we walked.

As I walked I had a phone call from the local hospital’s complaints department. I’m waiting for a nasal re-bore to get rid of these annoying nasal polyps. I was due for surgery the very week I was starting my new job (in 2017). I said I couldn’t make that date; the nice lady on the phone said she’d re-schedule. Because that hospital seems to have a policy of not answering phone calls I wasn’t able to get through to them for months to chivvy them up. When I finally got through they told me (rather rudely) that since I hadn’t been in touch they had taken me off the waiting list and if I wanted the surgery I could start again at the bottom of the waiting list. It took ages to get back onto their lists; in the meantime I’ve had two appointments, but I don’t want appointments. I want my nose fixed so that I can breathe. I formally complained yesterday, and today someone phoned to see what my problem was. I explained it all in great length and they said they’d look into it. I explained that when I had the camera up my bum all was fine, but the last time I had my nose re-bored, things only happened when I put in complaints. The nice lady on the phone said she was fed up with hearing that the ENT people don’t reply to phone calls.
That speaks volumes, doesn’t it?

We came home through traffic that was still very heavy. I made one or two trivial tweaks to the Wherigo cartridge, and sent the whole thing off to the geo-feds for their approval (or thumbs-down) and then set the washing machine going on some shirts and went up the road to get a sandwich from the corner shop.
As I scoffed dinner and then ironed I watched the last two episodes of “Black Mirror”. For a show which started so well and continued incredibly well, the last two episodes were rather rubbish.

With telly watched I set the washing machine loose on my pants, and took the dogs out. I had this idea that the traffic hold-ups in town would have cleared, we could go on a quick little geo-adventure and get petrol on the way home. We got petrol and had the little geo-adventure, but the traffic hadn’t cleared. What should have been a twenty minute outing took well over an hour.

Once home I started provisional programming on another Wherigo project. Two hours later "er indoors TM" came home. It was as she came home that Fudge started quivering and shaking. I’m hoping it was excitement at "er indoors TM" coming home; it didn’t last long but it was rather worrying at the time. He’s since charged round the garden shouting and has eaten his dinner so I’m going to assume all is well and keep an eye on him. But the slightest recurrence and he’s going to the vet. Mind you he is so scared of the vet that going there induced shaking and quivering.
I wonder if the vet does home visits?