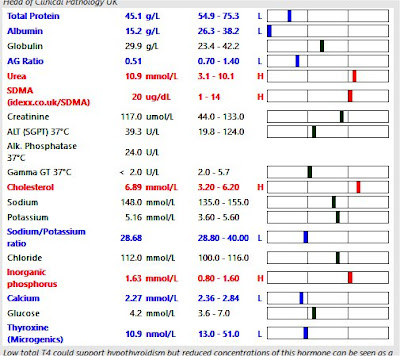 I slept reasonably well I suppose… I did wake with something of a sense of feeling rather pissed off. Today wasn’t just any old day. As a lad in the seventies I used to watch the TV show “Space 1999”. Set in a rather wonderful and fantastic future, the show followed the adventures of a bunch of people after a terrible accident happened on September 13th 1999. It is now exactly twenty years after that date and the future hasn’t turned out quite as any of us had expected.

I watched an episode of “Inside No.9” then looked at an Internet in which absolutely nothing at all had happened overnight.

As I drove to work I listened to the radio. I caught the end of an article about how astro-turf is *really* bad for the environment. I'd been vaguely considering covering the garden in the stuff seeing how mowing the lawn is a pain, and how Treacle's tiddle kills the grass. Maybe I won't?
There was also talk about how the Speaker of the House of Commons is lambasting the Prime Minister, and the Speaker was saying how he will be using Parliamentary processes to thwart the government's plans for a no-deal Brexit. Bearing in mind that Parliament is now closed, he'll have a job.
This got me thinking. Parliament is now closed. When it is open, what does it actually achieve? MPs acting in government run the country (some do it well, some not so), but in Parliament? There is a *lot* of talk, and a lot of hot air generated but precious little else. Let's see how what difference Parliament's being closed for the next few weeks makes to the running of the country, and then ask if we really need it.

I did chuckle when I heard about a Norfolk pub's landlord had the arse because his pub was no longer in the Good Beer Guide. He's had a whinge at his regular customers about it. but do they have any say in the matter? When I was in the Campaign for Real Ale I never once had a say in which pubs were nominated for awards. The local committee would make their decisions and tell the membership what they'd decided later. I ranted about this on May 15th 2008.
Have things changed?

I got as far as Goudhurst then had to take a little diversion. There is a very narrow and sharp bend in the road by the church there, and some idiot lorry driver had got his lorry wedged. Some might feel sorry for the chap; I don't. How many huge signs had he driven past telling him the road wasn't suitable for lorries of that size?
Having taken a little diversion through the back streets at Goudhurst I took another diversion in to Tesco at Pembury. I needed some lunch. Whilst I was there I got some sweeties - they were knocking out boxes of Quality Street at three pound fifty a go.
As I paid I rather upset the old bat on the till. They gave me a little voucher with which I could indicate which charity I thought Tesco should support. She wasn't at all happy when I told her that I didn't think that the air ambulance or the local hospice were charities. All the time do-gooders are funding the air ambulance and the hospice, no government of any political party is going to fund them properly. What wound up the old bat the most was that she couldn't disagree with what I'd said.

I went in to work and shared Quality Street with everyone. I thought I might be Mr Popular until they ran out... amazingly the tub was still half-full at going home time.

I took a little longer getting home than usual. Just as I was leaving work the vet phoned to discuss the results of Fudge’s blood tests. The vet said that she was glad that I had a medical background as the results weren’t conclusive but… I agreed with her. Provisionally it does look like early stage chronic renal (kidney) disease. The next stage will be to get some urine to confirm that the reason for the low protein levels in his blood is that he’s peeing it out. I shall do that in a day or so. From there it might be ultrasound examination, but at that stage we will have a treatment plan.
I only stopped the car twice on the way home to sob pathetically. Which is silly of me. I thought there was something wrong with him but I had no idea what. Now we know what is wrong we can come up with a treatment plan.

Did I ever mention that I never wanted a dog?