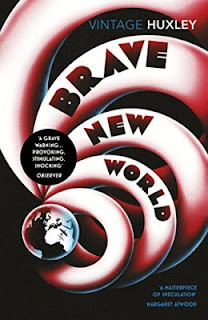 Treacle was very restless last night. When she eventually settled down and stopped stomping about, she then (very noisily) sucked the duvet cover for an hour or so. I finally got some quiet about five o’clock.

Over brekkie I had a look at the Internet. Again Amazon were offering me the Kindle edition of “Brave New World” for a quid, but on clicking the link they wanted a fiver. I’ve asked them what’s going on; I bet I don’t get a reply.

With no emails not getting immediately deleted I got dressed and took the dogs out. We got about fifty yards from home when the drizzle started. By the time we got to the park the rain was rather heavy. As we walked we didn’t see any other dogs at all; no one else was daft enough to be out. We were soaked by the time we got home.
Once home I towelled off the dog using a warm towel. Warm? The radiator was on. What was that all about? It turned out that the timer which controls the hot water and the radiators has gone west. I’ve messaged the plumber.
Usually when on a late shift I would go on a little adventure before work, but the rain had put paid to that. So I put the kettle on, and watched an episode of “Black Mirror” before setting off to work.

Having got soaked a couple of hours previously as I'd been out with the dogs I was rather miffed to drive through glorious sunshine.
As I drove the pundits on the radio were talking about the rise of slavery in present-day UK society. Rather worrying...

I got to work and had a rather busy late shift... and that was it for today. Yesterday was a rather good day. Today the highlight was finding that fixing my water heating is going to cost me a small fortune.
Still it's days like today that make me appreciate the other days that much more...