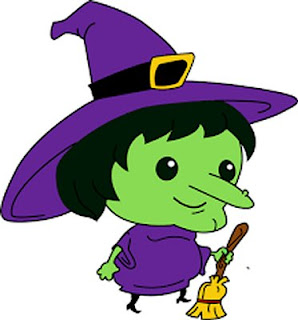 Having gone to sleep cuddling Fudge like a teddy bear, I was woken in the night by Treacle's crying. With him on the bed she was reluctant to jump up. So I picked her up, put her at the end of the bed and settled her.
I dozed off and woke to find Fudge had gone off to his basket.

Over brekkie I watched an episode of "Inside No. 9" which was set four hundred years ago in a witch trial. Did they *really* burn people at the stake for supposedly being a witch. Did it never occur to anyone that a *real* witch would be able to zap her accusers with thunderbolts and would have nothing to fear from a trial?
As I watched telly so I sorted out the pants that the tumble-drier had dried last night.  What a riveting life I lead...

As I drove to work the pundits on the radio were talking about global warming. We all know it is happening. Opinion (of those who *aren't* entirely retarded) is pretty much unanimous on what needs to be done. So why aren't we doing it?
There was also talk of a government initiative to reduce knife crime. Schoolkids are being shown the consequences of knife crime. Good. A pilot trial in the midlands seems to be working, and there is talk of rolling it out across the country. Let's hope so.

I got to work for the early shift. For all that today is actually a Monday, what with having worked both days of the last two weekends and only having had one day off mid-week, today could have been anything to me. I got on with my daily round, and at lunch time realised I'd forgotten to make myself a sandwich. I eventually got one from the shop run by the league of fiends (!); I’m sure they mean well.

An early start made from an early finish. I came home and took the dogs out. While we walked I thought I might collect a urine sample from Fudge. The vet needs one to confirm the diagnosis of kidney failure.
Have you ever tried to collect pee from a dog?
It was surprisingly tricky bearing in mind that Fudge is a dog who is continually pissing. The vet said she wanted about five millilitres; I managed to catch three drops during the hour’s walk round the park.

With "er indoors TM" off bowling I put the finishing touches to my Wherigo project. The plan is to go stick the film pots under some rocks tomorrow.
I think I shall spend the rest of the evening slobbing in front of the telly… Today has been rather dull.