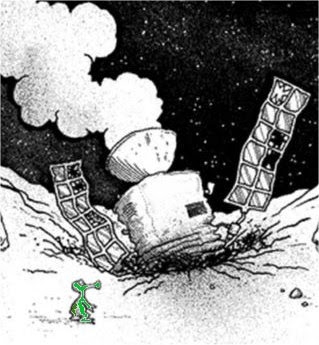 I woke five minutes before the alarm was due to go off. I had a shave; I had the bathroom heater on as I scraped. Summer is on the way out.
As I scoffed toast I had a look at the Internet. I saw that during the night an eBay auction I’d been bidding on had ended. My bid had been the only bid, and I’d won a 1970s classic Lego car. I intend to find space for it on a shelf in the living room somewhere. "er indoors TM" will never notice. And by winning this auction I got twenty-five Nectar points too.
I saw I had an email from my web browser. Apparently the web site I occasionally use for dieting purposes has been hacked and it is possible someone has maliciously accessed my data. If anyone *really* wants to see my calorific intake for random weeks, they are welcome to it. Personally I would have thought that there were far more interesting things to find on-line?

I got myself organised and set off to work. Effectively my Saturday was yesterday. With only five more weekends off for the rest of the year, this is going to be the way of things for me for a while. People often give my stick about how always seem to be off work. I work just as much as anyone else… just at different times. Where most people do nine to five on Mondays to Fridays, I do the same about of hours but at random times at any time.

It was a rather cold morning today. As I drove the pundits on the radio were still talking about Brexit. I must admit that I was wrong in my predictions. I was confident that having poggered the matter up, Theresa May would have made such a mess that her successor (probably Boris Johnson – I got that bit right) would be hailed as a hero for having made the most of a bad situation.
Whilst I was right in that Boris Johnson did succeed her, it would seem that he is hell-bent on making a bad situation utterly crap beyond the wildest dreams of even his staunchest critics.
There was also talk about how India's Moon mission has gone west. But despite having presumably pranged the thing, the Indian Prime Minister was talking of having another go.
India having a mission to the Moon?
I've cancelled my subscription to ActionAid. I'm not giving aid to a country that can afford to send probes to the Moon when my own clearly cannot.

I got to work. I had a rather busy morning. I was glad when it was going home time. Once home "er indoors TM" and I took the dogs out for a little walk where I started provisionally working on my next Wheri-project. We had a good little walk. Once home I had a little look at the GPX file I’d generated on our walk, but decided against doing anything with it.
"er indoors TM" is boiling up a pasta bake. I wonder if there’s any of that red wine left in that box?