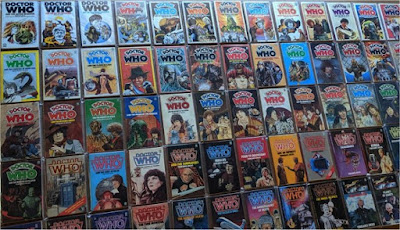 I was up rather early today. Too early for the dogs, both of whom stayed in bed as I watched an episode of "Black Mirror" as I scoffed my granola. This morning's episode was rather good. What if detectives could harvest the memories of those who'd witnessed a crime and play them back to use as evidence in a court? Could you refuse to provide those memories? What if they incriminated *you* of something else? Is nothing sacred?
​I got dressed. I could tell it was early as Treacle made no attempt to make off with my pants.

It was cold as I walked out to my car. I popped to the co-op where I got some biscuit bars for lunch, then drove off in the direction of Pembury.
As I drove the pundits on the radio were interviewing Chuka Umunna. I was going to describe him as "the failed politician Chuka Umunna​", but like all politicians he seems to bounce back from disaster after disaster. Having narrowly avoided being hoiked out of the Labour party he then started his own party (which went straight down the pan), and now he's the drivelling democrap's Treasury and business spokesman. He's also a leading light in what is currently known as "The Rebel Alliance"; some bunch of politicians who are desperate to pull the plug on Boris Johnson's plan for a no-deal Brexit.
The pundits on the radio spoke at great length about "The Rebel Alliance" and their plans. All of them know what they don't want (a "no deal" Brexit) however no two of them can agree on what they do want.
They should send for Mrs Miller who used to help run the Boys Brigade camps when I was a lad. When faced with a load of boys who couldn't agree on what flavour of soup to have (some didn't like mushroom, some didn't like tomato…) she mixed it all up and served it out. The fact that before she started everyone liked something was irrelevant. Because when she finished no one liked anything, and since no one liked it, everyone was in the same boat and was being treated equally. Chuka Umunna​'s rebel alliance could learn from this.

There was also talk of how Japan has started commercial whaling again. Whaling - in this day and age. Why do we have a navy if not to torpedo this sort of thing?

As I drove through Goudhurst my phone beeped.  A new geocache not three miles from work. I drove a little (long) way out of my way to the designated parking spot only to find that the final location was half a mile into the woods. I said some swear words and drove in to work.
The First to Find is still waiting to be had some twelve hours later.

Work was work; I did my bit and came home. Today would have been just another dull day, but today was the day that Terence Dicks died. He was one of my favourite authors when I was younger. Nowadays you can see endless re-runs of Doctor Who on the telly and you can but the DVDs. Back in the day the only way to see any sort of repeat of Doctor Who was to read the books that he wrote.
I had most of them… I wonder what happened to them?