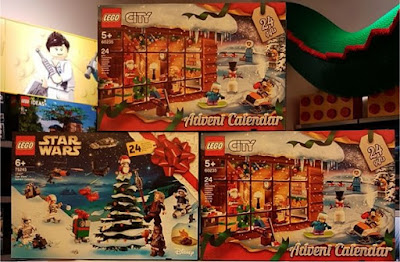 I was woken at half past two when "er indoors TM" loudly announced “Treacle! Stop!” Ironically no one seems to have any idea what Treacle was supposedly doing.

Being on a late shift I got up a couple of hours later than usual. With no alarm set I slept right through. I made some toast and had a look at the Internet. It was much the same as it had ever been. A squabble was kicking off on one of the fishing pages I follow. There was a photograph of a fish. Was it a roach or was it a rudd? This has been an argument which has been kicking off for years. Opinion was that it was a roach/rudd hybrid. Roach/rudd hybrids have been a bone of contention in piscatorial circles for years because although everyone has seen them and caught them, they are actually impossible because roach (Rutilus rutilus) and rudd (Scardinius erythrophthalmus) are different species. Creating a roach/rudd hybrid would be akin to crossing a carthorse with a hedgehog. (Wouldn’t it?)
I saw my father-in-law had responded to something I’d posted last night on one of his Facebook posts. He claimed that Luxembourg got back thirty-three quid for every pound they contribute to the European Union. Leaving aside they don’t contribute any quids at all (they bung in Euros) they only get back six quid for every pound they contribute. His attitude to the European Union amazes me. He goes on major motorcycle tours round Europe on a regular basis. Until recently he’s rarely mentioned the EU except to say he likes his holidays there. Now you’d think Satan had raised Hitler from the dead across the channel.

I also saw a new geocache had gone live. "er indoors TM" had hidden it. If she’d arranged for it to have gone live when I wasn’t on a late shift I would have driven past it on the way to work and have had the chance of a First to Find. Oh well…

I took the dogs out for a little circuit of the park. It is a pretty walk, but we do meet the normal people as we go. Today we ran into… I won’t mention her by name, but we first met this woman thirty years ago at mother and toddler groups. Since then we’ve seen her at all sorts of places as her son and "My Boy TM" were at the same schools, and her sons were all cub scouts. In all those thirty years I have never seen this woman smile. Not once. Perhaps she *is* happy, but she just has the same expression that a bulldog would have when licking piss from a stinging nettle; she looks so miserable. And today she looked as glum as ever.
We walked past the Jehovah’s Witnesses stall. They’ve got new people on that stall; they seemed pleasant enough. They didn’t bother me, which was a result.
We came home through the co-op field where I field-tested a little idea I’ve got for a future Wherigo. It didn’t actually work, but in failing I saw where it had gone wrong.

We came home. I fed the fish. That new bulb I put in the filter seems to have done some good.
As I set off for work Women's Hour was on the radio. They were discussing a book of which I had never heard, and having listened to two minutes of their talking I don't think I will be downloading it any time soon. I turned off the radio. With a little time to spare I drove up to Bluewater. I'd had an email that this year's Lego advent calendars were available. I'd tried to get them via mail order, but PayPal would seem to be broken. When I tried to use PayPal on the Lego website I just got the blue spinning wheel of e-death. So I went old-skool and drove to the shop. The nice man in the Lego shop greeted me as I arrived. The last time I'd been to the Lego shop was in August when the place had been swarming with children. I mentioned to the nice man that I preferred the place when it wasn't heaving with kids. He agreed with me. Children in a Lego shop - what is the world coming to !!
I got myself a Lego advent calendar, and one each for grandsons as well. They like that sort of thing.
I got myself a rather overpriced caramel milk shake from the rather overpriced caramel milk shake shop, and (once I'd finally found where I'd left my car) I set off for work and the late shift.

Work was surprisingly busy. Just as we were coming up to (most people's) going home time, one of my colleagues said she'd rather be doing the late shift with me. Thursday night is sports night for her children. They have an hour at football club, then an hour's swimming lessons. I commented (sarcastically) that the swimming would save the need for a bath. She laughed, and said she'd planned it that way.​
"My Boy TM" used to have his swimming lessons on a Saturday morning. He'd spuddle about for half an hour, then we'd go get a pastie.
I miss those days...