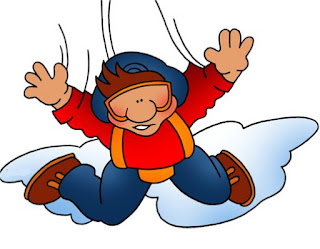 I had a rather restless night. However having lain awake for an age I got up, walked about, went back to bed and nodded off right away. I have a theory that my nasal polyps swell up when I lay down (and wake me up because I can't breathe) and on getting up the swelling subsides. I can then breathe again and so getting up solves the problem.
I'd rather not get up in the night though.

I resisted the temptation to fiddle with my new laptop over brekkie. "er indoors TM" collected it for me yesterday. I'd left it with PC World on Friday to let them do the awkward fiddling about and setting up, and "er indoors TM" had plumbed it into the home network yesterday. I had a little mess about with it on-line last night, but I've still got a load of farting about to do with it. I need to copy over a ton of stuff from the old laptop... but before I do that I need to go through the old stuff and see what is worth keeping and what is not. Then I need to see what apps and programs I need. FireFox, Paint Shop Pro, Urwigo and GSAK are musts that immediately spring to mind. I also need to get to grips with the new version of Microsoft Office. I spent eight years on the old laptop fannying around with OpenOffice. It was a good enough freebie, but had many limitations; for example it had no spell checker. So now (if nothing else) future blog entries might not have quite so many howlers in them now that I'm back using proper Office.
But with so much to do I thought I'd best leave it till I had some time. Instead of farting about with a new laptop I watched "Dad's Army" instead. Private Pike got his head stuck in some railings. Stupid boy !

And so to work. I'd made a point of remembering where I'd parked and so didn't waste any time like I did yesterday. The pundits on the radio were talking about some chap who did a world record sky dive yesterday. He went up in a plane and jumped from twenty five thousand feet. But he jumped without a parachute. Instead of a parachute he aimed for a large net. Fortunately for him (and the spectators), he landed in the net.
There was then something which made me ponder. Apparently there is a census going on in Australia soon. The Australian Atheists Brigade (or whatever they are called) are calling on the public to fill out the census properly.
Apparently if someone puts their religion as "atheist" or "no religion" then the census records it. But if someone treats the question as a joke and puts their religion as "Jedi" or "football" or something else equally silly then the census does not record it. They just treat it as nonsense. (But having an invisible friend is taken seriously. Go figure!)
The head honcho of the Australian Atheists Brigade was on the radio saying that at the last census "no religion" got twenty two per cent of the religious vote; only three per cent behind Catholics (which was the highest-rated religion in the census).
But for all that (supposedly) thousands put down "Jedi" or "football" or something else equally silly, the actual figure wasn't recorded. If these people would put down "no religion" or "Atheist" then Catholics might get knocked from the number one spot. This is a matter of some importance for the Australian Atheists Brigade.
Personally I would have thought that these people might have had something better to do with their time. I'm an accredited minister of the Church of the Apathetic Agnostic, and those who aren't apathetic about their disbelief wind me up . So many atheists get just as confrontational in their non-beliefs as the religious-types do with their beliefs.