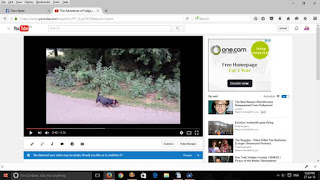 Last night I stopped off on my way in to work. The was a new geocache near Bridge. I couldn't find it. I then went into work and had a rather busy night.

Yesterday I mentioned something I heard on the radio about how in the more remote parts of Malawi some men are paid to be "Hyenas". People who live there believe that immediately following the onset of their first period, young girls must have sex with a "Hyena" or calamity and disaster will befall the entire family. And (for exactly the same inexplicable reasons) newly widowed women must have sex with a "Hyena" before they can bury her recently deceased husband. And all these sexual encounters must be without condoms or they "won't count"
There had been interview with one such "Hyena" who was HIV positive. He was quite open that he didn't want this fact made public as it was bad for business. It turns out that it wasn't just me listening to the radio that night. Last night's radio carried the news that the Malawi government had heard it too. The chap who was interviewed has been captured and arrested.

As I worked I got a pointer about that geocache I couldn't find. So I went back and couldn't find it again. Someone else had clearly been there in the meantime and had a serious rummage around the area. As I looked another geocacher arrived. He couldn't find it either.

I came home and took "Furry Face TM" for a walk. Something of a lonely walk as "Daddies Little Angel TM" had taken "Stormageddon - Bringer of Destruction TM" to "brat brigade". She does that on Wednesdays. So as we walked I took a few video shots of my dog using my phone's camera. Once home I used the video-making app on my PC to bodge together a litle movie. The PC said it would take a little while so I left it going, I put the grubby racks from the barbecue into the dishwasher and went to bed.

I woke three hours later to find I'd blocked the dishwasher. So I spent a few minutes unblocking it. Dishwashering the grubby barby grills had seemed such a good idea.
I then had a look at my video. I'm quite pleased with "The Adventures of Fudge #1"; I may well make some more. Mind you having posted it on Facebook I was rather disappointed with its apparent lack of popularity.
And with dishwasher unblocked I put some shirts into the washing machine, and set about the ironing.

With ironing done I then dozed in front of the telly until "er indoors TM" came home. And I then spent much of the evening dozing too..