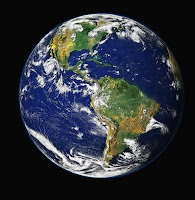 Over brekkie I perused the geo-map vaguely making plans. I then posted a comment on-line asking who was free for a walk a week tomorrow. Maybe I might get some takers.

I put the lead onto "Furry Face TM" and we went out to meet up with "Daddies Little Angel TM" and "Stormageddon - Bringer of Destruction TM" . We went round to the park and wreaked havoc in the play-park. Then the dogs had a swim... well Fudge had a swim. Sid watched from a safe distance. We then fed the ducks. All passed off relatively peacefully. Something of a shame really as I made a little video of our walk and was hoping for something exciting to have hapened. Never mind - the video wasn't that bad. You can watch it by clicking here.

I then had a spot of lunch whilst watching "Game of Thrones". I had to rewind it twice as I fell asleep. And then I sat about waiting for Jimbo to arrive. Apparently he wanted to collect something. After a wasted hour I found out he was collecting something from somewhere else.

I drove out to Tesco to get more petrol as the car was nearly empty. The petrol pumps at Tesco keep stopping whenever I use them. After a *lot* of struggling I got enough petrol to get me to Morrisons and decided that would do. Their petrol pumps work. And their petrol is cheaper.
I went into Tesco to have a look at new laptops. They were all boxed, and with no assistants to be seen I drove over to PC World. Or that was my plan. I got to where PC World used to be. It had gone. Whilst looking at an empty building I met Gordon of all people (he lives in Battle !) He reminded me that PC World relocated about a year or so ago. They are now by the vets just near my house. Woops!
So I drove to where PC World actually is. I found a really helpful assistant. After half an hour I gave him lots of money (that I couldn't really afford) to set up the new laptop which I shall collect next week.

Once home spent a little sorting out a mistake on the astro club's web site. Then I spent a little while rummaging to see how many bisons I had got (it's a geo-thing) before setting off to McDonalds. I met up with Jimbo, Stevey, Sarah and Steve. We sat outside where I couldn't hear a word being said because of the screaming of the ill-behaved brats who were running riot.
We then went on to astro club. We had a really good meeting; a guest speaker who was excellent, and Stevey's talk was really good too. If we can carry on in this vein then I'd say we would be back on track.