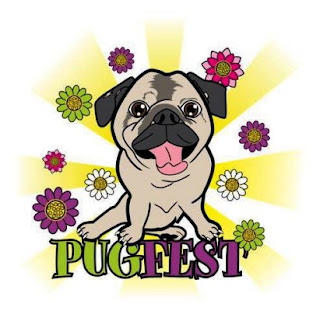 I couldn't sleep last night. I was too hot. I finally gave up trying to sleep and got up shortly after 6am. Most people have something of a lie-in on a Sunday morning; I spent an hour or so writing up the minutes of Thursday's astro-committee meeting. I then sent a circular email begging for help at the astro club's stall at the New Romney Country Fayre which is planned for the end of the month. I'm not sure how this has come about but somehow or other we've agreed to put on a show when no one is actualy available to do it.
Maybe the rank and file members might step up. Maybe they won't.
I emailed over fifty people to ask for help... fully expecting not a single reply. Personally I suspect the average astro-punter only wants a one-a-month meet-up (and has no interest in anything more).

I then took "Furry Face TM" for a little walk round the park. I usually avoid the place on a Saturdy morning as it is full of adult joggers. It would seem I should avoid the placeon Sundays too; it appears that the children jog on a Sunday morning. There was an organised event with about a hundred kids raring to go. Some twit was telling the kids (via loudspeaker) that they couldn't jog with dogs (whilst glaring at my dog).
A shame really, I expect a lot of dogs would enjoy a run like that.

And talking of a lot of dogs... "Daddies Little Angel TM" and "Stormageddon - Bringer of Destruction TM" came round this morning and we went to Essex to attend "PugFest". To be honest we'd been looking forward to "Pugfest" for months, but weren't sure what to expect. However we were expecting more than a boot fair to which it was compulsory to take a pug. And if that wasn't disappointment enough, we'd had to buy tickets in advance which were a fiver each.
Mind you it was fun to see pugs of all shades and shapes, and to talk "pug" with other pug-keepers. "Doris" and "Betty" were sweet; "Geoffrey" had something of an attitude about him.
We made the most of the day. "Stormageddon - Bringer of Destruction TM" seemed to like playing on the bouncy castle thingy. I quite liked my ice cream sundae, and a picnic lunch is always good. A shame we had to abandon lunch for a passing rainstorm, but the rain went as quckly as it came.

As we were in Essex we had selected a particular geo-target. We left PugFest, rummaged for tupperware, and as the weather perked up we went back to PugFest. Perhaps we should give it a second chance?
We went back. It wasn't bad. But our initial feelings remained. For all that it was a good day out it was something of a novety. It really was no more than a boot fair for pug-owners (that charged a fiver admission)

I slept most of the way home. Once home I had a look-see on-line. A grand total of two people had replied to the asto-email I'd sent this morning; both politely saying why they couldn't help.
Oh well... at least they'd taken the trouble to reply...