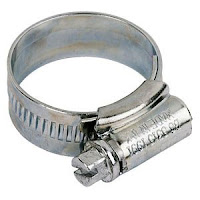 Lat night I slept better than I had done for some time (not that this is saying much) and over brekkie I saw that my SkyPlus box had spotted something that I had not. The third season of "The Last Ship" started on Sunday evening. I'd not seen that advertised but my wonderful SkyPlus box had. Being able to fast-forward through the adverts, a recording of an hour and five minutes took forty minutes to watch. It might have been better if I could have remembered what had happened in the last season, but I thought it was a rather good show anyway.
My litle dog watched it with me; just lately he's not got up in the mornings. I liked having him with me today. He looked hopefuly at my toast, but did't get any. Vet says he gets too many scraps and treats.
I then had a little look on-line. Social media is at its best when people post photos of what they have been up to. I can then sulk when I see what I've missed.
I watered my tree and set off to work.

Bearing in mind yesterday evening's fun with the pond hoses I thought I might well be needing a couple of jubilee clips so I stopped off at B&Q before work. The service there is variable; today they were utterly disinterested. I couldn't find the jubilee clips, asked for help, and was told "probably aisle seven" by an assistant who clearly had better things to do with her time.
If I'd had more time I would have gone elsewhere. As it was I eventually found what I needed. As I paid the woman on the checkout made a point of directing me to their website to rate the service I'd received.
Something of a mistake on her part...

I got to work, and had a surprisingly busy day. I was glad when home time arrived. I went home via the pond shop; I'd phoned them during the day about my discrepant nozzle sizes and the nice man had found just the adaptor I needed, and threwin some extra hose for free.
My plan was to go home and crack on with the pond stuff. I got home to find "er indoors TM" , "Daddies Little Angel TM" and "Stormageddon - Bringer of Destruction TM" were messing about in the garden with the paddling pool. I worked around them (which is easier said than done) and got the new filtration system up and running. It isn't very pretty - it needs a bit of fidling around and lansdscaping, but that can wait.

Ordinarily we would have gone to Folkestone this evening, but Jimbo's guts are still recovering from his bout of the "two-bob-bits".
So instead we had an evening in. I'm thinking of having an early night...