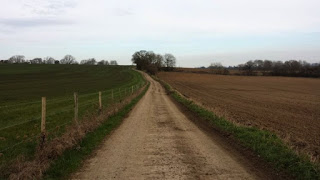 Over brekkie I read something on the Internet which made me think. Salford City Council have banned people from swearing in parts of the city. There is an on the spot fine of a hundred quid for the foul-mouthed. On the one hand it is a flagrant breach of human rights. On the other hand I swear too much mysself and am getting rather sick of the torrents of profanities which seem to surround me. There is a particular f..! person f..! whose f..! every f..! other f..! is f..! the f..! F-f..! word. Literally f..!every f..! second f..! word f..! he f..! says f..! is f..! the f..! F-f..! word. I must admit I don't like it very much. Perhaps this might curb his excesses. Perhaps not.

There was then a discussion on Facebok about which was the better of two local gastro-pubs. Both seem to have peeople queueing up to get in. One seems to rely on the reputation garnered from the fact a national celebrity drinks in their bar. The other does very good food but vastly over-priced. Am I wrong to seriously prefer McDonalds over both of them?

I popped the lead onto my dog and we went for a walk. Being on a rostered day off I had time to myself and so I decided to do some geo-maintenance. For all that I go hunting down Tupperware as a hobby, it doesn’t hide itself. People have to hide the caches. And having hidden them, the hider is then responsible for the upkeep of the box… for all that you can upkeep a plastic box hidden under a rock.
Some people maintain their caches well; others not at all. Some check on them on a weekly (or even daily) basis. Some make a point of never checking at all. I suppose I am somewhat lax in my geo-maintenance. I honestly don’t think it is unreasonable to expect people hunting the boxes to do any required maintenance as they walk round. Like I do. But that’s just me…
Over the Christmas holidays I put out a load of caches round Great Chart. I’d had reports that several of the caches needed a little TLC so today I went to have a look-see. Some had gone missing as the result of hedge cutting and floods. And some were perfectly fine. But it was as well that I walked round. Many of the ones that were fine wouldn’t have been so for long. For a geocache to work it neds to be somewhat concealed; not sitting out in the open, bold as brass, visible from twenty yards away.
But, as I always say, the whole point of this geo-lark is to have a decent guided walk. And we had a good walk. It was a tad muddy in places. Fudge didn’t *actually* have to swim but it came close. As we walked we met friendly horses and saw blue tits and heard the woodpeckers. We walked for just under two hours; it is an ideal walk… but it will be better when it dries out a little.
We came home and a certain Patagonian Tripe-Hound had a bath. I then watched last night’s “Extant” over a spot of lunch. The show is clearly building up to next week’s grand finale. Mush as I’ve liked it I shall be glad when it is all over; it is becoming clear that the plot wasn’t really thought through.
I then sparked up the PC and put up the photos I took whilst we walked then did the monthly accounts. I had something of an annual tally-up. Every month I put a ton of cash into what I call the “Household Account”. It is from this account that I pay all the monthly household bills (council tax, gas, leccie, water, internet etc). I put a little more into the account every month than I need to; the idea being that should any unforeseen emergencies arise then I have some emergency cash. This comes in handy when (for example) the garden fence collapses. Being the end of the financial year I thought I’d see how the account had fared over the year. There is fifty quid less in the account than there was a year ago. Fifty quid over the year… that’s not bad.
Similarly I put money aside to pay for car insurance, road tax and car services. At the end of the financial year this account was actually twelve quid up on what it was a year ago. I was rather pleased about that.

I thought about mowing the lawn and hacking back next door's clematis and generally doing gardening. But I thought better of the idea. Instead I set the washing machine loose on my smalls and watched something I'd recorded onto the SkyPlus box. "God Bless America" was a rather odd film in which a middle-aged man and a young girl go off across America killing anyone they don't like. Whilst I could seriously identify with the lead character the film certainly made me appreciate the UK's policy of not letting the likes of me have a gun.

I then spent a littlle while looking at the map making vague plans in the West Country until "er indoors TM" came home. She boiled up a rather good bit of scran, then as we devoured it we watched Jack Black in "School of Rock". Not too shabby at all....