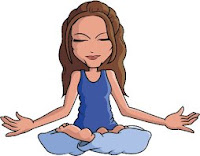 What with three hours sleep immediately after work followed by an early night I probably had three times more sleep than usual last night. I woke feeling rather chirpier than when I went to bed. Mind you I didn't feel up to eating toast for brekkie so I settled for muesli. It was somewhat easier on a tender stomach.

I had a quick look-see on social media. Not much had happened really., so with a little time on my hands I popped the lead onto "Furry Face TM" and took him for a quick run round the park. There was a minor incident when a passing toddler started crying when he saw my dog; he seemed to think Fudge might attack him. Fudge just walked past him in total oblivion.

Once home I still had over an hour to spare. Normally when on a late shift I go find something to do before work. But today I didn't really fancy doing much; I wasn't feeling quite one hundred per cent. Instead I set the dishwasher going and watched drivel on the telly for a little while until I got a message about ticks. Ticks are becoming a serious problem for dogs when out walking. Apparently babeosis (a tick-bourne disease) has been confirmed in Essex, and furthermore my dog's monthy flea treatment doesn't work against these ticks.
I phoned the vet and they said the flea treatment *does* work. Let's hope it does.

I emptied the dishwasher and set off to work. I thought twice about going; I (again) seriously considered phoning in sick.
As I drove to work so "Women's Hour" was on the radio. This show winds me up somewhat.
It started off with the latest theories about settling babies for a good night's sleep. All the so-called experts gave their learned and sage opinions,, and then it transpired that not one of these people telling the public how to care for their babies had any experience whatsoever of having had a baby to give them a sleepless night.
There was then an interview with some of the people who had been involved in the making of the recent TV drama "This is England". I quite liked that TV show; however it was a shame that the *only* aspect of the show discussed on the radio this morning was the hairdressing.
And people wonder why I'm not a fan of Radio Four's "Women's Hour"

The next article on the radio was an expose on the craze for mindfulness meditation. Apparently if it is not done right it can have harmful side effects. They interviewed some woman whose mother had had to carry her home from a mindfulness session after the mediation brought on an attack of the screaming ab-dabs. The radio's mediation guru said that about a quarter of the people doing this mindfulness nonsense in the UK are experiencing various degrees of untoward side-effects.
Somewhat worrying?

I got to work, smiled a lot, and came home again. Once home I scoffed a pizza for dinner. Haivng cooked it I wouldn't waste it, but fennel in pizza? I suppose the fact that I could actually eat it means I'm on the mend...