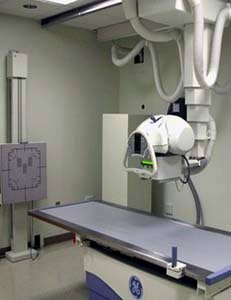 I didn't really sleep that well last night. Odd really, bearing in mind how much red wine and Dissorano I'd poured down my gullet. Over brekkie I had a look-see on-line. The nice people at LinkedIn wondered if I wanted a job working as a senior explosives scientist. I wonder whatever possessed them to ask. I also had an email from Amazon recommending a book I'd already bought from them. They do this at least twice every week.
There was also a mention on Facebook about some woman in America who was (until recently) loudly and publically advocating the right of everyone to walk round carrying guns. Her toddler had got hold of her gun and shot her.
I can't help but feel this story is only funny because it was her that got shot and not some innocent bystander.

I popped the lead onto "Furry Face TM" and we went for our usual circuit of the park. As we came along the path from Bowens Field to Viccie park there was a minor incident. The path is clearly marked; one side for pedestrians, one side for bicycles. My dog however doesn't understand the difference. The poor girls on their bikes didn't actually run him over or crash into each other, but it was close on both counts.
I suppose I can understand why they then said such unladylike things about my dog.

Once home I gave "Furry Face TM" his brekkie then I set off to the local hospital for the latest chapter in the ongoing saga of the lump in my neck. We now think that I have a blocked salivary gland (not entirely unlike kidney stones) and so today I had a sialogram. A sialogram involves filling the affected gland with various X-ray opaque dyes and then taking X-ray photographs of the area to assess the state of the blockage.
However there is a world of difference between reading those dry words and finding yourself flat on your back inside a scary X-ray machine with all manner of catheters and needles being painfully poked into your neck via the inside of your lower jaw.
Knowing a thing or two about human anatomy (not all of which I learned from nudey pictures) I was rather conscious of the fact that there are quite a few crucial things in the area where the needles were being poked. Windpipes and jugular veins for example. However if the worst had happened those who would have had to enact my will were under orders not to make any complaints about the surgeon who might have inadvertently killed me. In fact they were to assure the chap that I held him in no way responsible.
There was a press release about this very matter from the Minister for Health yesterday. He is trying to make the NHS more open and transparent about reporting errors, incidents and mistakes. These things do happen in the NHS. But in some ways the worst thing about these mistakes are the way those making the mistakes are treated. Those at fault are pilloried and crucified in the national media for an honest mistake. In his press release the Minister says "we need to unshackle ourselves from a quick-fix blame culture and acknowledge that sometimes bad mistakes can be made by good people." How right he is. Does anyone who works in a hospital ever go into the place at the start of a shift wondering whose life they can stuff up today?
The sooner these ambulance-chasing-sue-for-medial-negligence types are closed down the better our society will be.

The procedure took about half an hour. At the end of it I got to see a rather impressive shot of the inside of my neck. And in that shot I saw what looked very much like stones inside what looked like a little bag. Presumably that is what has been causing the pain.
The boss had told me to take the rest of the day off as sick leave. There is no denying I went to the hospital feeling that I'd pulled a fast one, and that after this examination I was in for a good day's skive. However the procedure hurt. Getting the catheters in had been painful. And the injected dye had swollen up my lump to the size of a marble. Far from having the skive I'd been planning, I went home and spent the day sulking in front of the telly feeling rather sorry for myself.

I spent the day catching up with stuff I'd recorded onto the SkyPlus box. "Extant" was good. "Raised by Wolves" hilarious. "Moving On" (a series of unconnected plays about people's everyday lives) was good.I then dozed through some fan-made Star Trek cartoon film. It would actually have been rather good had the male characters not been voiced by women. Or the female characters not been voiced by men. Or had the thing not been about two hours too long (literally - I turned it off half way through)

"er indoors TM" came home, boiled up a rather good bit of dinner, then shoved off to the abode of "The Man with No Alias (patent pending)" where a glass painting masterclass was in progress.
I was still sulking about a sore neck so I sat on the sofa solving geo-puzzles whilst my dog snored...