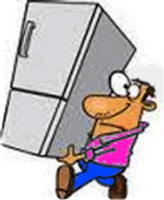 I nearly drowned in my coffee this morning. I was watching tthe first episode of the new season of "Raised by Wolves". Our heroes had gone to "poor woman's Ikea" where they found a broken statue. The statue had a breast missing and our heroes described it as a "tit cyclops". And they found a broken chest of drawers which "the rats have wazzed on but it wil wash up OK". It waas funnier on the telly, but I'm still sniggering hours later.

I then had a look on Facebook (as I do most mornings). I learned that lego is actually a better financial investment than buying shares or even gold.
I musst admit I then got a little wound up as well about the "discussions" about Britain's possibly leaving the European Union which are abounding on Facebook. Both sides are presenting facts about how much it costs Britain to be in the EU and/or how much we get from the EU. Neither sides figures agree. One or other is clearly wrong. I can't honestly say I know which side is right in that respect. However I will say that the out-campaigners do seem to have the easiest job in swaying the floating voters. Just listen to any interview with Boris Johnson for example. Pretty much every single thing which is less than perfect is being billed as the fault of the EU.
And so many people have no idea of what constitutes a "discussion". So many people offering their unsubstantiated opinions as incontravertible fact.
I'll make a prediction here. In a few months time Britain will vote to leave the EU. Not for any sensible reason but through fear and xenophobia whipped up by the out-campaigners. And consequently the British economy will suffer. That suffering will be laid at the door of the EU we've just left by all the politicians and pundits, and Britain as a nation will become more and more jingoistic and xenophobic.

There was a minor hiccup (literally and metaphorically) when both "er indoors TM" and I gave "Furry Face TM" breakfasts. He ate both without complaint though. I then spent a couple of minutes doing some last-minute checks on my latest wheri-project then we walked round to Asda where we had arranged to meet "Daddies Little Angel TM" and "Stormageddon - Bringer of Destruction TM".
We had a rather good walk down thrrough Park Farm and home again. Once home we settled "Furry Face TM" then drove out to Tenterden where "Daddies Little Angel TM" had found a rather good fridge-freezer for sale. She uses the shpock app all the time. I've never used it but there are rather good bargains to be had. Someone with more money than sense had bought a rather expensive fridge-freezer a fortnight ago and decided it wasn't quite expensive enough. So they sold it on shpock to the most recent fruit of my loin (for a pittance) on the understanding that the buyer would collect it. After a bit of fannyng about we squeezed it into my car.

With fridge-freezer delivered I came home and scoffed a bit of lunch whilst watching this week's episodes of Extant and Killjoys. Both were OK; they passed the time. And talking of passing time I then had a look at a wherigo I started working on some time ago. The time flew by.

The Rear Admiral arrived and we went round to McDonalds where we met "er indoors TM" and had one of their latest wraps. Very nice. Then on to the Swan and Dog for a pint of afters before the astro club committee. It is no secret that I've been a tad concerned about the astro club's direction just lately; I think it is back on the right tack again....