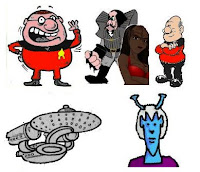 I slept like a log last night - it is amazing how I do that after two night shifts and a tad too much ale. Over brekkie I reflected on last night's geo-meet. I had a good time chatting with old friends and meeting several (potential) new friends but I found myself taken aback by the comments left on-line by one person. They wrote: "I attended but did not feel welcome. As a newbie to this activity and making my first visit to a gathering I was surprised that there was not a welcome desk or a signing in register to record details of attendees. It just looked like a group of friends having a drink in a pub and as a lone individual I was not comfortable to just butt into someone else's conversation. Put me off going to this type of event in the future unless it is made more welcoming"

I was rather taken aback by this. Leaving aside the fact that there *was* "a signing in register to record details of attendees", I could have understood this attitude (partially) had we secured a private venue. But last night's event was in an open bar in the pub. For everyone walking into the place for the geo-meet there were half a dozen normal people coming in for a pint and/or a meal.
You can't randomly effusively welcome absolutely everyone to a meeting they aren't attending. I've hosted five geo-meets and I have made a point of approaching anyone who looks as though they are lost and/or lonely but in the majority of cases these people were nothing to do with the meet and I scared them off.
Having said that I met several people last night who were at their first geo-meet. All seemed happy and friendly enough to me.
I can't help but feel that anyone turning up to any new social situation has got to make something of an effort themselves. I'm not unsympathetic; I must admit that I was rather nervous when I went to my first geo-meet, but I found everyone welcoming. It's probably true to say that if there wasn't such a really friendly and welcoming geo-community I would have long since packed up with the hobby.
However I have been to geo-events (out of the local area) where people weren't quite as warm and effusive as the Kent crowd. In those cases it is realistically up to the individual; you can either go home and sulk (as this person clearly did), or make a point of joining in. I made a point of joining in. But then I'm the sort of person that does.

"My Boy TM" phoned immediately after brekkie. The plan for today had beeen to finish off the last section of fencing. But it had been raining all night and was still raining. So we thought bettter of fencing. Instead I braved the elements and took "Furry Face TM" round the park. There was an embarrasinng incident when he tried to mount a staffie belonging to one of OrangeHead's posse. I wouldn't have minded quite so much had it been anyone else. And with staffie mounted we came home to dry off. We were out for about half an hour and got soaked.

I set the washing machine to do its thing to a now-overflowiing laundry basket and then did the monthly household accounts (ouch!) and sorted out the astro club's money after last Friday's meeting.
Over a spot of lunch I watched last night's "Gotham" and last week's "Jericho" whilst my dog snored on my lap. I had a vague plan to spend the afternoon carrying on cutting back next door's clematis, but the rain hadn't let up so I thought I'd spend a few minutes putting the finishing touches to a Wherigo I have had on the drawing board for some time.
"A few minutes" became four hours. It is now ready for field-testing. I shall do that later in the week.

Being Tuesday the clans gathered; this time in Arden Road. We had a rather good evening talking and bandying insults and watching an early episode of "Gotham". Mind you it is a little while since I'd been round to Chris's. I'd forgotten just how low the sofas are.
It hurt to get down and then get up again.