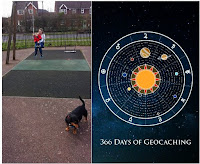 Last night as I worked I tuned in to Radio Four Extra. I've been doing that on the night shifts lately. Maggie Aderin-Pocock was on Desert Island Discs. I found myself wondering if I owed this lady an apology. I've often said that she is a very good reason for not watching "The Sky at Night" as she has always put me off the show. She has (to me) always come over as something of an excitable twit. But listening to her on the radio last night was an eye-opener. She seemed to be a very interesting person, and was one of a very small minority of people who when on Desert Island Discs didn't pretend to like all sorts of pretentious classic and operatic crap.
And her book choice was "Star Maker" by Olaf Stapledon. Whilst not a favourite of mine, it s certainly one to which I keep returning. I shall try watching "The Sky at Night" again and give her another chance.
Mind you I was rather disappointed by much of the rest of the output of Radio Four Extra. Much of it was a repeat of what they had broadcast on the previous night, and last night's 10pm show was re-run at 5.30am. You would think they could space the repeats out a little more than that.

From work I took my car to the garage and left it there for its MOT. It was a short walk from there to find "Daddies Little Angel TM" and "Stormageddon - Bringer of Destruction TM". We walked to home to collect "Furry Face TM" and then went for a little stroll. Or, to be more precise, we went for what we call a little stroll. Most people would call iit something of a route march.
"Daddies Little Angel TM" wanted to go to Tesco; Asda have stopped selling burritos. "Daddies Little Angel TM" is up in arms about this and can get no sensible explanation as to why Asda have stopped selling burritos. I have a theory it is in some way connected with the UFO she thinks she's seen.
From Tesco we went to the playpark in Park Farm. There was some sign about no dogs, but there was no one else about...

We made our ways home, and over lunch I watched this week's episode of "Mrs Biggs" and then fell asleep in front of the telly. After a couple of hours I had a phone call to say the car was ready. A few light bulbs needed replacing but that was all. So I put the lead on my dog and we went to fetch the car.
Immediately on fetching it the old parking brake fault had returned. I *told* them not to fiddle with it!

There was an evening geo-meet planned for the evening in honour of the leap day. We spent a rather good evening in the pub talking tupperware with friends old and new.
Perhaps the fourth pint was a mistake...