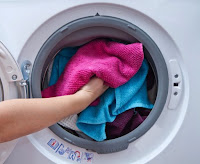 We had some blue cheese over Christmas. Last night "er indoors TM" boiled the last of it into an omelette for tea. It was really good. I *love* blue cheese in an omelette. But it doesn't love me. Invariably it doesn't sit well, and I never remember this until it is too late. And so I spent much of last night with something of a guts ache.
As I worked on the night shift I listened to the radio. Regular readers of this drivel may recall that I commented on the sad death of Lemmy (of Motorhead fame) last week. There is a program on the radio every Sunday evening which runs features on the celebrities who have recently died. Obviously Lemmy was featured last night. I didn't know that he was sacked from the band "Hawkwind" having been caught smuggling drugs into America.
I know I'm getting old, but do we *really* make heroes out of drug smugglers?

I've found these last two night shifts quite tiring. I was glad when the relief arrived this morning. I came home and took the dogs for a walk. "Furry Face TM" was raring to go; Sid actually went and hid (again). Sid doesn't seem to want to go for walks but he had no choice today. We didn't go far; I was hoping to go round the park but a heavy rainstorm put paid to our plans. We cut our walk short and I went to bed. I slept like a log and was deeply engrossed in a dream about the importance of cartography in a post-apocalyptic nighmare when I was rudely awoken by the dogs barking. To hear the commotion you would think that it was the end of the world. Actually it was the postman.

I got up, put washing into the washing machine and then intended to look at the accounts but was unable to. The bank's on-line facility was kaput. I hope it is not serious. Instead I had a look at my plan to fill in my geo-calendar. I have some forty-two days (between now and 8 July) on which I need to log finds to complete this challenge. Due to the way in which my shifts work most of those days are days when I'm not working. Finding them on the days when I am not working shouldn't be too problematical.
However eighteen of these are days when I am working. Which means a cheeky find on the way to or from work. However over the last three and a half years I have pretty much found everything between home and work. I shall have to study that geo-map and see if I can't organise some circuitous drives to work.

Washing came out of the washing machine and onto the clothes horse; more washing went in, and I backed up December's blog entries. Followning the demise of my original storage I've set up a backup just in case the Blogger website goes west. Having backed up I then browsed some blog entries from eight years ago. In retrospect although life is a lot more peaceful now the fruits of my loin have left home, it is a lot less "danilicious".

I sorted my (washed and dried) undercrackers whilst watching "Upstairs Downstairs" until "er indoors TM" came home and boiled up some scran. And with her off bowling I made a start on the ironing. I got the ironing box empty, but realistically all that has done has made space to put the washed laundry. Once I've got it dry...