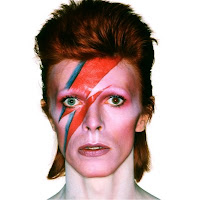 Being back on to "routine hours" shifts I woke ten minutes before my alarm this morning; some two hours earlier than I've been waking for this last fortnight. It is odd how the body clock adjusts.
Over brekkie I watched an episode of "Dad's Army" that I haven't seen before. It was quite sad really; Captain Mainwaring had a love interest. However for light entertainment Corporal Jones was carrying on with Mrs Prosser. Corporal Jones was quite entertaining for once; probably because he wasn't shouting about not liking it up 'em.
As I watched telly I had a Patagonian Tripe Hound sleeping on my left and a pug sleeping on my right. Soppy dogs.

Despite the ongoing stomach ache I set off to work on a dark wet morning. The pundits on the radio were presenting an article about the sad state of the international Anglican church. Today the Archbishop of Canterbury was to be presiding over a major meeting of church leaders in Canterbury. One half of the world's Anglicans want to modernise their philosophies and teachings (and throw away the Bible); the other half want to stick with what the church is actually all about.
There was a very interesting interview with the Archbishop of Canterbury on the radio in which he blathered meaningless platitudes to every single question that was put to him, but the interview was rudely and suddenly cut short by the news that David Bowie had died. And that was the news for the rest of the drive to work. An interview with the Leader of the Opposition was also curtailed because David Bowie had died.

I got to work and did what I had to amid speculation that were I a girl I would be *very* high maintenance. I took that as a compliment.

As I drove home I turned on the radio. Normally I listen to the evening's news and current affairs show as I drive home. Tonight there was no news or current affairs. Instead there was forty five minutes of various celebrities, has-beens and vacuous windbags queuing up to say how much they loved David Bowie.
I got home to find social media simularly filled with postings from the apparently grieving and heartbroken.

Don't get me wrong; I've nothing against the chap, but (as I intimated last week) why do so many people wait for a celebrity to die before they actually show any interest in said celebrity?
I suppose that (if nothing else) his death has de-railed the Lemmy bandwagon...