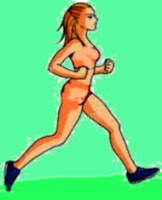 I slept for eight hours before finally waking to find that not only were my guts still tender but the tennis elbow seems to have returned.

Over brekkie I had a look-see on-line. Little had happened overnight, and perhaps the only thing of note was a hint I'd received about a geo-puzzle which has had me foxed for some time. Mind you one of the disadvantages of email and soicial media and instant communication is the amount of spam emails and adverts with which we find ourselves bombarded. In years gone by I used to get adverts about the services offered by ladies of dubious morals. Just recently I seem to be getting more and more adverts for church management software solutions.
Why on Earth would I want to buy a church management software solution?

As I scoffed my toast a new posting popped up on my laptop screen. A chap I met through geocaching had been out doing a little astro-photography. I suggested he might be interested in joining the astro club. He had no idea that one existed locally and was immediately keen on the idea.
The astro club makes quite a bit of effort to advertise its existance, and still we aren't getting to the people who would want to join.
I also saw that today was National Rubber Ducky Day. Rubber ducky day.... who makes these things up? And how much do they get paid for doing so?

Having a little time on my hands I hought I might take the dogs for a walk. Fudge was raring to go; Sid ran and hid. But they both went round the park with me. As we walked we heard woodpeckers; rather early in the year for woodpeckers I thought. We also heard what I can only describe as a large dog losing a fight with a duck; there was very loud pitiful barking and whining and very aggressive quacking. I decided against walking in the direction from where that sound was emanating.
We also saw joggers. Some were typical joggers; one caught my eye. this young lady had the most skimpiest skin-tight lycra jogging bikini and might was well have been running stark naked for all that it covered. I would have thought that such attire was a little chilly for this time of year, but it brightened up an otherwise dull morning.

The rest of the day was rather dull in comparison...