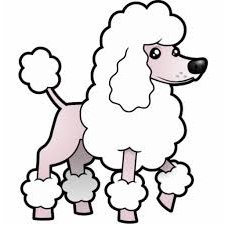 Again I slept like a log. Pehaps a busy day at work followed by a busy evening at work and bed after mignight had something to do with that.

Yesterday I started making some geo-plans. With a current geo-score of 5968 (not that I'm counting) I would like to do something special for number 6000. There are only about a dozen geo-web-cams in the country. The nearest is in London. I have a plan to go there in a week or so. I've made up an event on Facebook for this. It seems to have attracted quite a bit of interest. If any of my loyal readers would like to come along please do. The more the merrier.
As well as the webcam there are several virtual puzzles to go and find (which I have already solved in theory) and half a dozen (or so) sets of geology homework to do as we walk around.
I worked (and completed) on one such geology excercise over brekkie. There are those that say that armchair logging is cheating (and have told me so!). I would agree... but all I'm actually doing is preparation. I can't help but think that the day trip to London will be quite rushed as it is. Fannying about on Google when out and about is unneccessary fannying about when you can do it at home, and we are going to actually visit all all the places in question anyway.

My little dog seemed particularly soppy and clingy this morning as I geo-puzzled. Sid went back to live with "Daddies Little Angel TM" yesterday; I wonder if Fudge is missing him. I thought that Fudge rather bullied him; perhaps I was wrong.

Yesterday I phoned the train time phone number (0345 484950) to ask them when the first off-peak train will leave Ashford on the day of our London trip. I got given a time, but bearing in mind how unreliable that phone number can be I phoned back and was told something different. So I asked to speak to the supervisor. Someone claiming to be called "Leonard" came on the line and gibbered incoherently for five minutes.
So having a little time on my hands before work this morning I walked "Furry Face TM" up to the train station's ticket office to talk to them. The nice lady on the desk spoke English (which was a help) and told me the earliest time at which she would sell me an off-peak ticket. A different time to both the times I was told yesterday.
As we walked we met an old lady with a poodle. The old lady was pleasent enough; it was a shame that "Furry Face TM" chose to mount the poodle and then got bashed up by said poodle.

We came home and I spent a few minutes doing a little more geology homework. As I googled and wikipedia-ed the letterbox rattled. Postie had been. I fetched the letters and had what I can only describe as a flashback.
It is a matter of public record that five years ago I had some rather unpleasent dealings with my professional regulator. It wasn't a good time, and I try not to dwell on it Today that regulator sent me a letter. Only a circular; nothing of real importance. But I saw their logo on the envelope and it brought back some rather nasty memories. I didn't quite throw up, but it was close, and I seriously considered phoning work to say I would be off sick today. But I didn't.

Perhaps I should have...