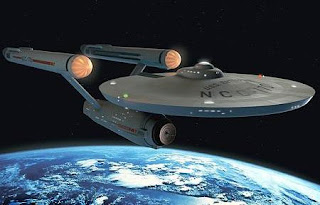 I slept like a log last night. I woke wonderfully refreshed and raring to go... at 1.20am. I then saw every hour of the rest of the night; finally giving up and getting up just before 6am. I watched Ronnie Corbett in "Sorry" over brekkie then had a look-see on line.

Over brekkie I saw some johnny-come-lately had posted on the Geocaching in Kent group rudely dismissing a cache walk in the Greenhill area. Apparently he felt the roads in the area were dangerous. Having walked the route myself my route didn't use much road at all; and I though the *footpaths* that the route followed were quite scenic.
The trouble with hunting Tupperware as a hobby is that (if done properly) it does pre-suppose a little knowledge with map and compass and of the Great Outdoors. A surprising number of people have never heard of footpaths, and it is amazing how many people buy a GPS unit from eBay and then follow it in a straight line regardless of what is in their way when walking that straight line.
I made a gentle comment that I'd had no problem with the route in question and thought no more about it....

"Furry Face TM" scrounged some toast whilst I gave him a good brushing. He likes that. He came upstairs with me when I went to get dressed; I noticed that he hesitated before running up the stairs. Is his back still hurting him?

I had a little scraping of ice to do on my car this morning. As I drove I seemed to (as usual) be in the minority. Today the minority was in ice scraping. I'd shifted the ice from all the windows of my car so I could see all round. Most other people had merely cleared part of the drivers side of the windscreen so they could see directly in front of them.
As I drove the pundits were discussing something I mentioned last week. Last year the pollsters had predicted the election results wrongly. Today they explained the reason for their failings; they hadn't asked the right cross section of the electorate and had polled too many people who claimed they were going to vote Labour (!) Dur !!

Bearing in mind I can use the works wi-fi I had a look-see on Facebook at tea time. The know-it-all who had been so rude on the geocaching site earlier had replied to my comment saying that I was wrong and he was right. I've had dealings with this fellow before; I thought of replying to him, but decided against it. It is generally not good form to be voted "Geocacher of the Year" and then start publically calling people rude names. Even when they've done their best to remove all possible doubt on the matter.
Mind you as the day wore on I had a few private messages thanking me for standing up in defence of the Grenhill loop. I got the distinct impression that several other people have had run-ins with this newbie before.

With work done I came home and walked the dogs round the roads. It was a cold evening but "Furry Face TM" was keen. Sid wasn't quite as up for it. And with dogs walked and tea scoffed we set off to Folkestone for the Tuesday gathering. new front door, sweeties to scoff, Star Trek on the telly... it was a shame to come home to find turds on the carpet.